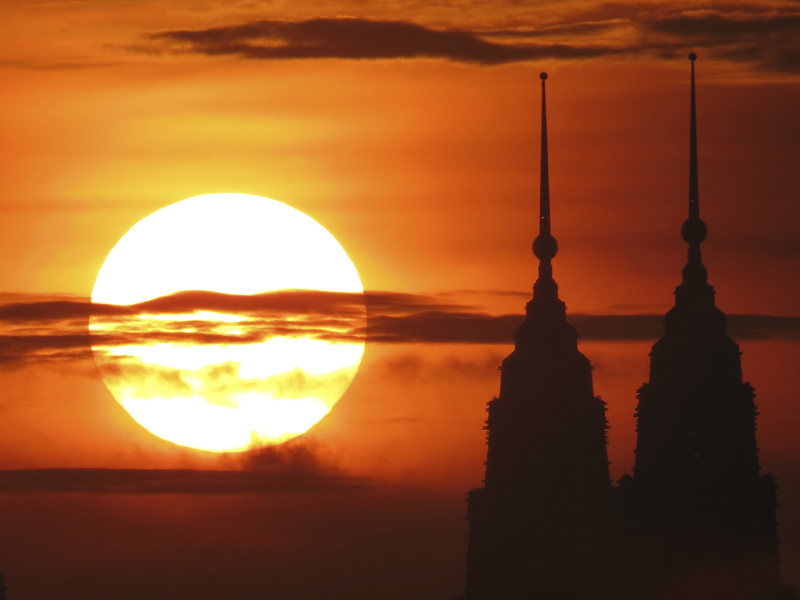 Malaysia’s capital city has one of the most distinctive skylines in the world, with tall towers and shimmering skyscrapers vying for attention. From the revolving restaurant at Kuala Lumpur Tower to the skybridge of the Petronas Towers, when you take a holiday to Kuala Lumpur you may be surprised by the architectural gems awaiting you. 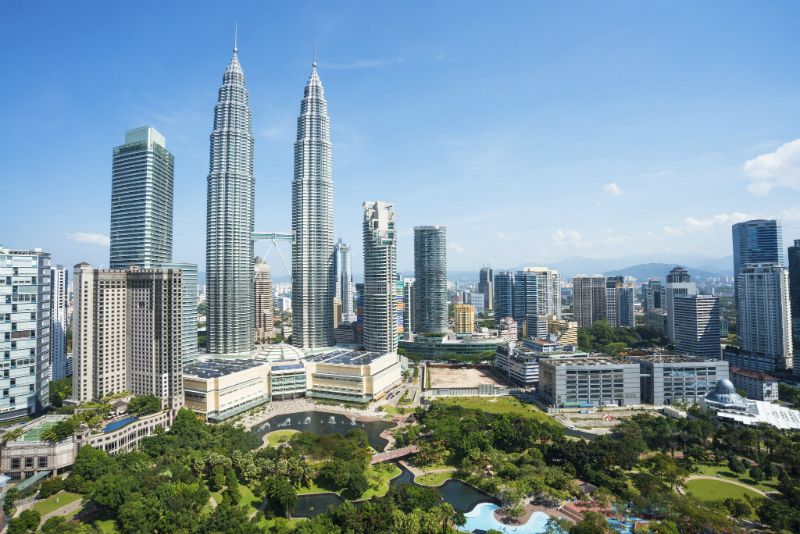 The Petronas Towers are an icon of Kuala Lumpur and are the tallest twin towers in the world. Construction was completed in 1997 and comprises 88 floors. In 1999 Felix Baumgartner set the world record for BASE jumping by jumping from the towers, and in 2009 Alain “Spiderman” Robert climbed one of the towers in just two hours using no equipment. A two-story skybridge connects the two towers on floors 41 and 42, and is open to visitors by ticket only. At night, the towers are a stunning landmark, and the bright lights emphasise the bold design shining over the top of the city. 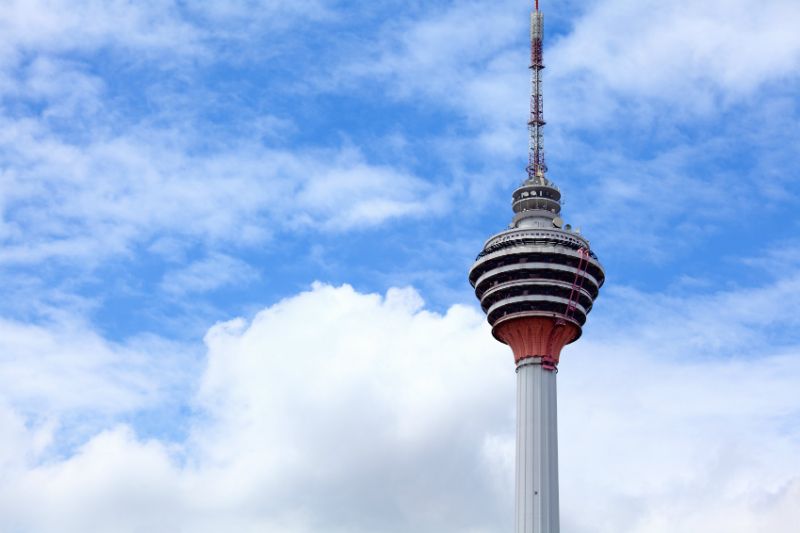 The Kuala Lumpur Tower, completed in March 1995, is the seventh tallest freestanding building in the world at 421 metres, and the highest viewpoint in the city open to the public. The tower houses a revolving restaurant, providing panoramic views, and holds the yearly ‘International Towerthon Challenge’ when competitors race up the 2,058 steps. The observation deck is 276 metres high and there is a 146 metre long mall inside with cascading pools, along with a main lobby incorporating huge domes built to look like diamonds. The ‘KL tower’ is a symbol of Kuala Lumpur that cannot be missed. 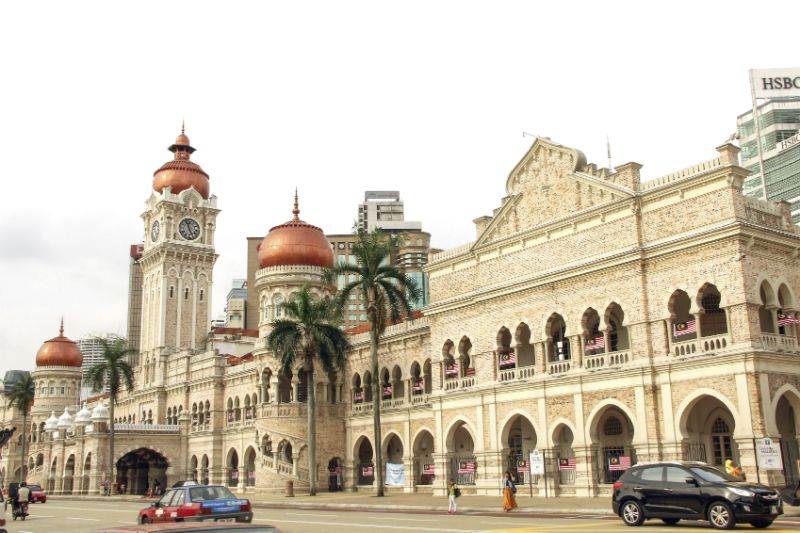 Built in 1894-1897 to house British government departments, this beautiful building has a shiny copper dome and a 40 metre high clock that chimed for the first time during Queen Victoria’s Jubilee Parade. Directly in front of the building is Merdeka Square, where the Union Jack flag was lowered and the Malayan flag raised on 31st August 1957, symbolising Malaysia’s independence. The square is a centre of celebrations for New Year, Merdeka Day and Malaysia Day, when performances and lively parades draw crowds of tourists and locals alike. 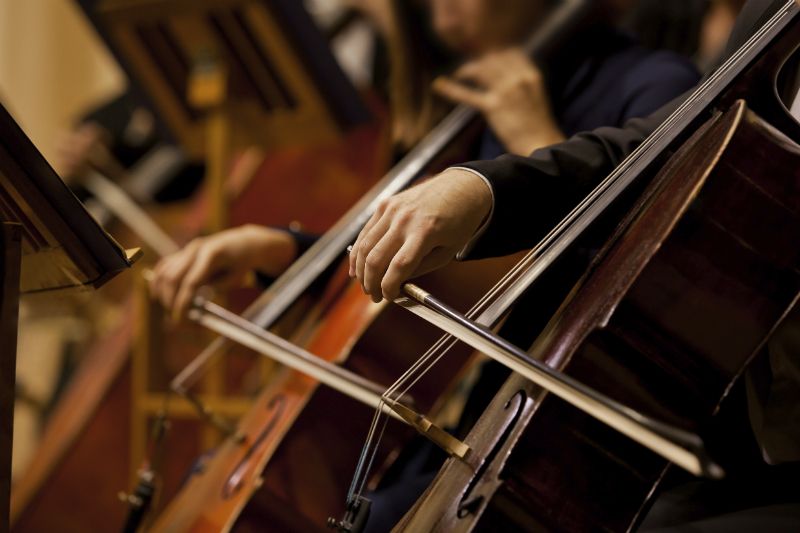 Built in 1998 and officially opened in 1999, the Istana Budaya translates as The Palace of Culture and is the centre of theatre in Malaysia. Built with the aim of developing artistic excellence and increasing popularity for high quality theatre, performances held here include musical theatre, operetta, classical concerts, and opera from all over the world. The theatre holds up to 1,412 people, and is the residence of the National Theatre Company and the National Symphony Orchestra. The design of the architecture is based on a traditional moon kite, with turquoise folds in the roof; it’s a majestic and beautiful theatre to make any arts lover happy on a trip to Kuala Lumpur. 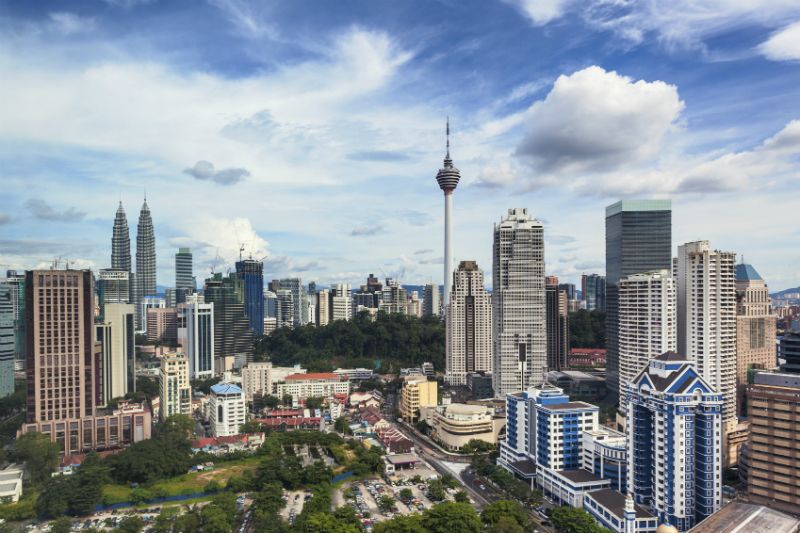 Maybank Tower, which houses the headquarters of Maybank, and is home of the Maybank Numismatic Museum, is a major skyscraper in Kuala Lumpur. Until the construction of the Petronas Towers in 1996, the Maybank Tower, built in 1987, was the tallest building in Malaysia at 244 metres. With its interlocking sections and slanting roofs, the Maybank tower holds a prominent place on the city’s skyline. 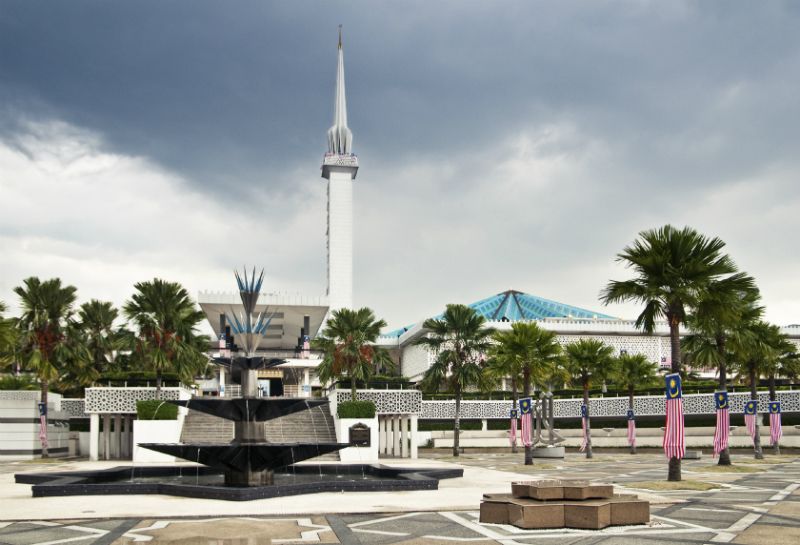 The National Mosque of Malaysia

The National Mosque of Malaysia, built in 1965 on the site of a former church, sits in 13 acres of beautiful gardens and can hold 15,000 people. The mosque was built as a symbol of Malaysia’s independence, won in 1957 from the British. Fountains and reflecting pools are spread throughout the complex, which also features a 73 foot minaret. In 1987 the mosque was renovated and the pink roof was revamped with green and blue tiles. Near the mosque is Heroes Mausoleum, where several Malaysian politicians are buried. 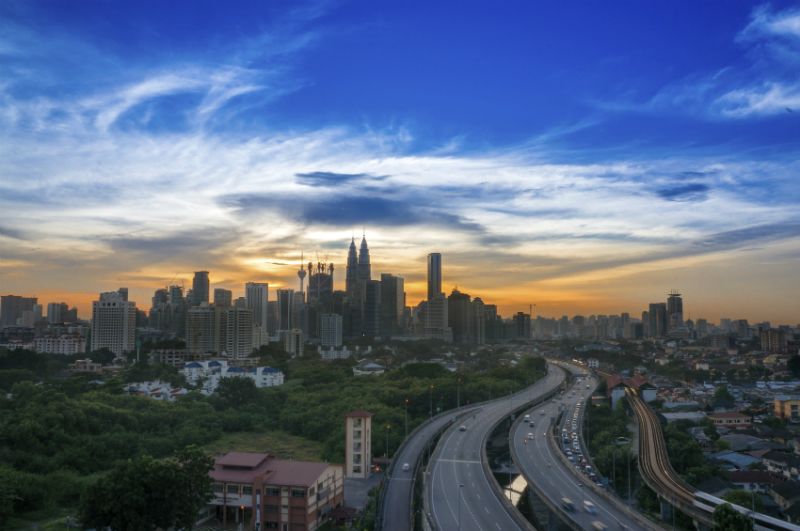 The Telekom Tower is one of the most unusual and beautiful skyscrapers in Kuala Lumpur; it’s designed to look like a sprouting bamboo shoot. Completed in 2001 and officially opened in 2002, Telekom Tower stands at 310 metres high with 55 floors. Inside the curving building there is a 2,500-seat theatre, prayer hall and sports facilities. As the tower curves up to the sky, giving the impression of a plant reaching for light, 22 open skygardens adorn every third floor; its another of Kuala Lumpur’s distinctive architectural gems with a commanding presence on the capital’s skyline.

The architecture you’ll see on your holiday in Kuala Lumpur is a mixture of traditional Islamic and Malaysian influences next to ambitious modern projects. At night the city glitters and these amazing structures stand out with thousands of lights, emphasising the bold shapes. If urban beauty is something you can appreciate, you won’t be disappointed by Kuala Lumpur.