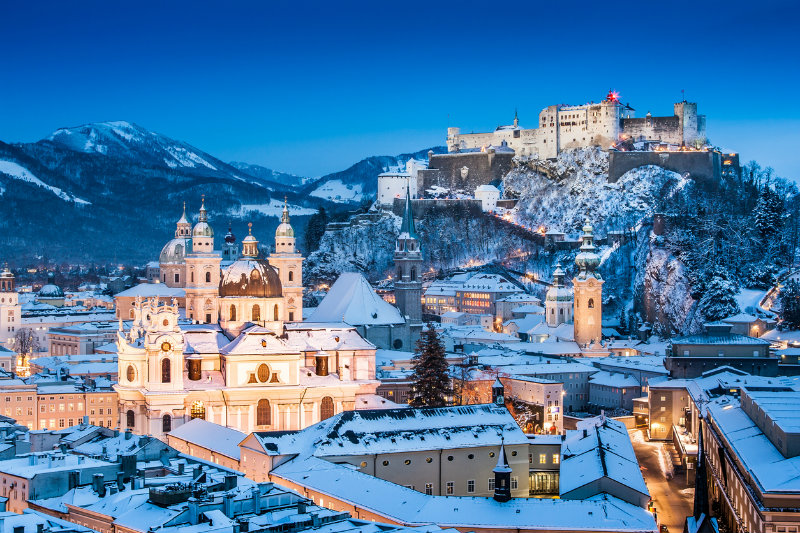 Surrounded by glorious mountains and straddling the Salzach River, the Austrian city of Salzburg – setting for the hit musical, “Sound of Music” – is as dramatically beautiful as in the film. Baroque architectural splendour and musical inspiration add to its allure, largely because it’s the birthplace and home of Wolfgang Amadeus Mozart. Salzburg has developed a rich musical life surrounding his memory and the Salzburg Festival is considered to be one of the most important musical festivals in the world.

Cultural events abound and over thirty excellent museums and galleries dot the city, so you might like to schedule in enough time to see some – if not all – of them. Here are some favourites that should get you inspired: 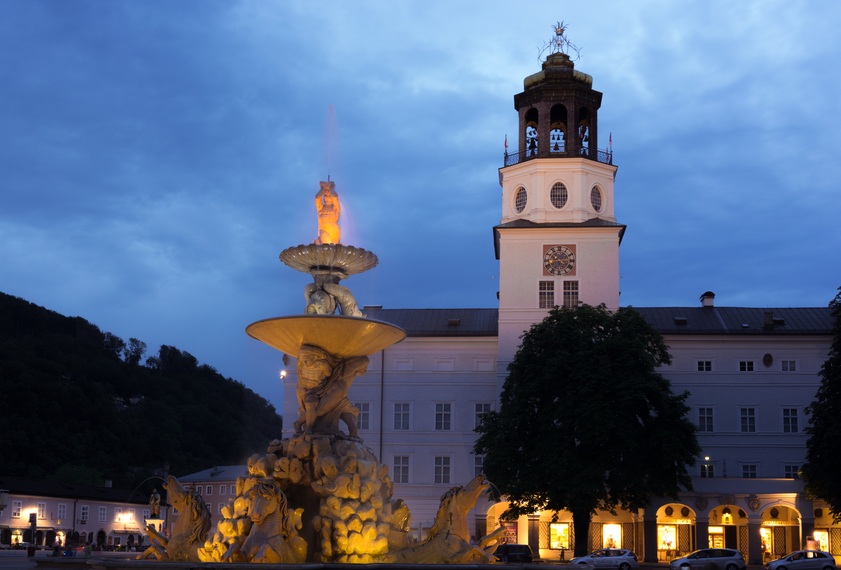 The Salzburg Museum covers Salzburg past and present, along with some of its most famous citizens – from opera singers to bankers and from alchemists to composers. Its eclectic collection also features engravings of Baroque gardens, ceramic tankards, portraits of the archbishop-princes who once ruled the area of Salzburg, tapestries and intricate versions of 19th-century cityscapes. Don’t miss the Panorama Museum, reachable via an underground passageway, with its impressive painting by Johann Michael Sattler of a panoramic view of Salzburg with its leafy surroundings.

The eye-catching, contemporary glass and marble oblong graces the top of Moenchsberg Mountain is the city’s Museum of Modern Art. Once a seminary for priests, the museum’s motto today is: ‘the summit of modern art’ and you can view several top-class temporary exhibitions of 20th and 21st century art here, which have included big-name artists like Max Beckmann, Picasso and Seurat across its exhibition space of some 3,000 square metres. While you’re up there, take in the epic views over Salzburg, while taking a break over coffee or lunch.

When living conditions got too cramped on Getreidegasse, the Mozart family moved to this more spacious home in 1773 where Mozart composed prolifically, creating such works as the Shepherd King and Idomeneo. An audio guide also accompanies your visit, serenading you with various excerpts from his operas. Amid documents and family portraits, you will spy Mozart’s original fortepiano.

Haus der Natur is loved by kids and adults alike. Learn about dinosaurs and alpine crystals in the natural history rooms or spy snakes and crocs in the reptile enclosure. A well-stocked aquarium houses coral reefs and piranhas – don’t miss the baby clownfish in the “Kinderstube” or the sharks’ feeding time (ask at reception). Upstairs is a series of interactive science exhibitions, ideal for budding scientists to race boats, tour the human body and feel Mozart’s music by stepping into a giant violin case…we leave the rest for you to discover. 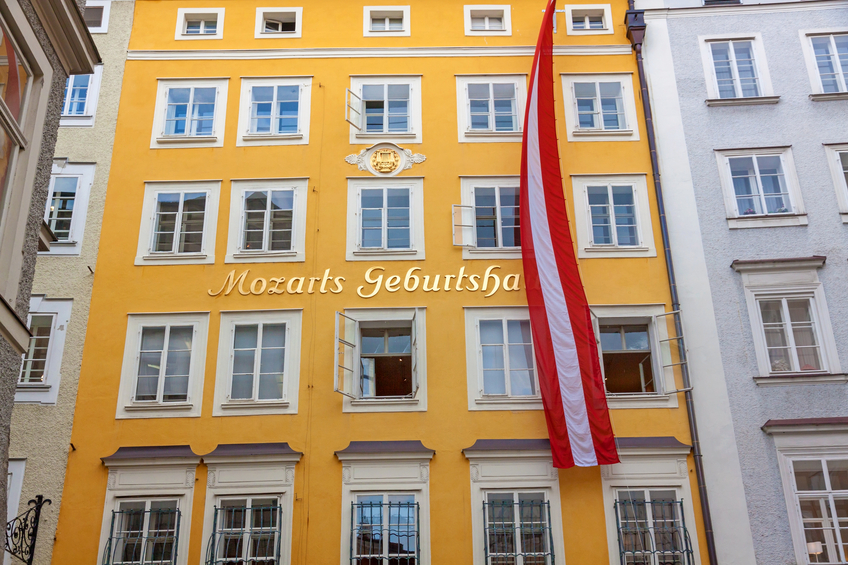 Salzburg’s most famous son was born in this bright yellow house back in 1756, living here until he was 17 years old. Today the museum displays a collection of instruments, portraits and documents of the composer, the main highlights being the toddler’s violin he used to play, plus buttons from his jacket and a lock of his hair. Your visit will be accompanied by a musical audio guide to keep you in the classical mood.

In a skyline punctuated by church spires, there’s still no mistaking the distinctive dome of Salzburg’s early Baroque cathedral. For religious art lovers, the Dommuseum is a real treasure trove. Renaissance curiosities such as religious icons, stained glass and altarpieces abound in the museum and in the Long Gallery you will find 17th and 18th century paintings, including Paul Troger’s famous light and shadow painting of Christ and Nicodemus (1739). At the organ gallery, you can get up close to the organ that Mozart played as well as gain a bird’s-eye view of the nave.

For a nostalgic look at toys over the ages, head to the arcaded Bürgerspitalplatz, where the Spielzeugmuseum takes you back to the magical times of doll’s houses and Steiff teddies. There’s also plenty of dressing-up fun, marbles and a Bosch workshop for all to enjoy. Parents can either join in or hang out in the ‘adult rest areas’ having a well-earned cup of (free) tea at the cafe while the little ones work off some of their excess energy. 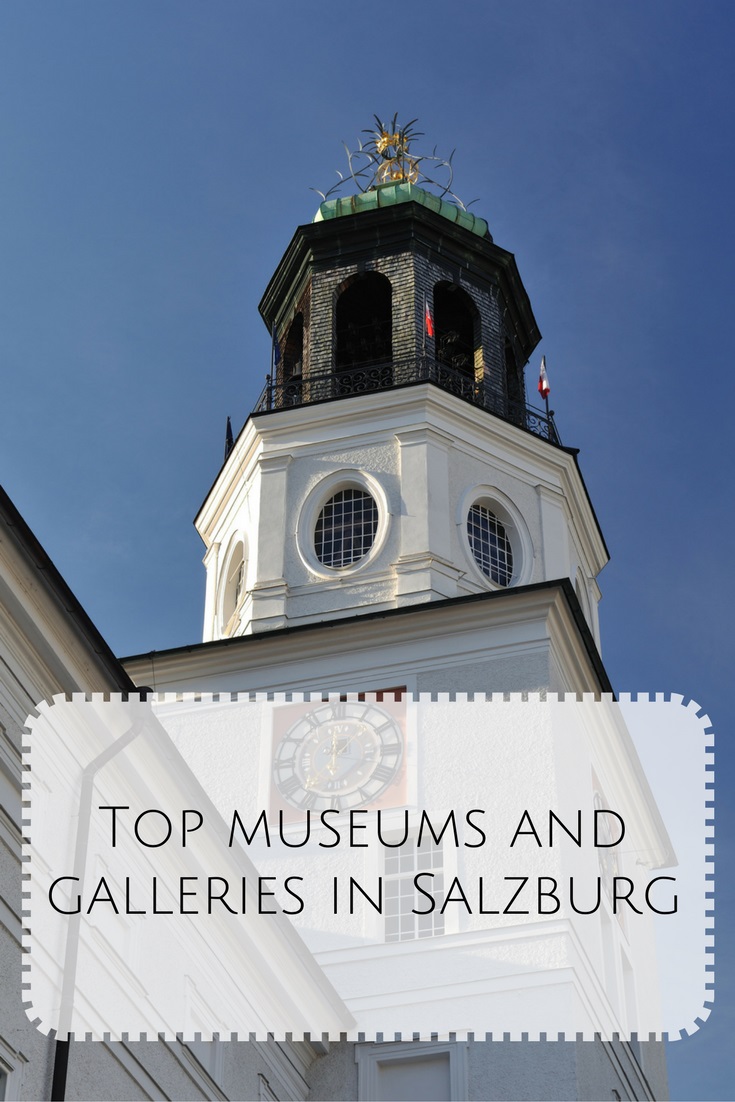