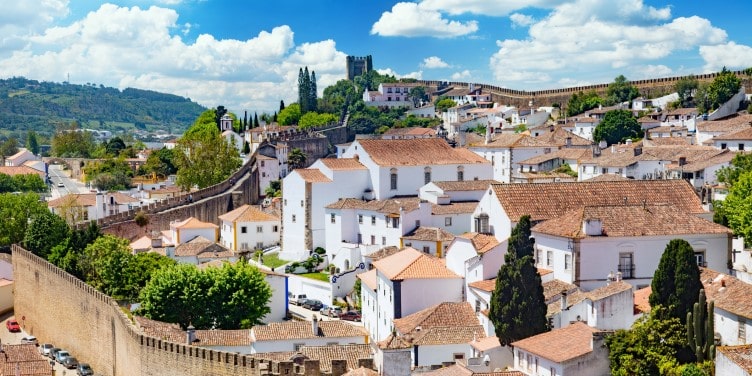 Portugal is home to no less than 17 UNESCO World Heritage Sites. From monasteries and royal buildings to regions and landscapes, here are our top nine reasons to make Portugal your next trip away.

Created in 1756, Alto Douro is the oldest defined wine region in the world. Although best known for sweet port wine, these vineyards also produce excellent whites and reds. Vines are grown on schist terraces built on the slopes of the river valley.

The hilly terrain is dotted with traditional quintas — wineries where you can stay overnight. Many have chic rooms, restaurants and gorgeous views. There are several ways to explore the Alto Douro — you can drive the winding roads between wineries, travel by train from Porto, or cruise along the river. 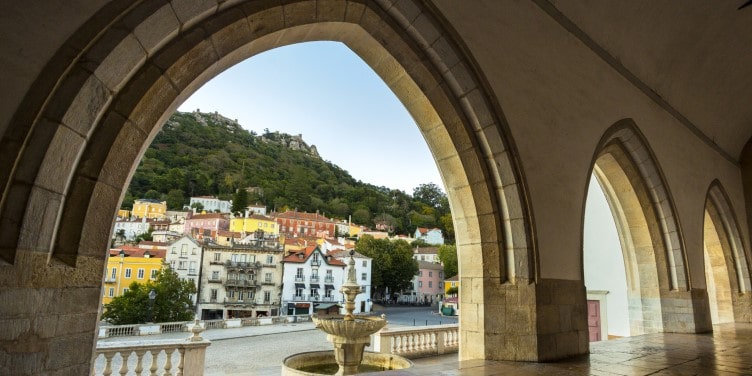 Sintra was the first centre of Romantic architecture in Europe. Like something out of a fairy-tale, the town and surrounding landscape contain turreted palaces with lavish interiors, forests with secret follies and grottoes, and gardens full of exotic plants.

The highlight is Pena Palace, a crazy, colourful 19th century palace surrounded by parkland. There’s also the National Palace of Sintra, which has a stunning tiled interior, and the Palace of Monserrate — an eccentric mix of Gothic, Indian, Moorish and Asian architecture.

Millions of years ago, Madeira was covered in a huge expanse of evergreen laurel forest.

Today only pockets of the Laurisilva of Madeira remain, which are home to eight-hundred year-old trees, scenic waterfalls, endemic birds like the Madeira Firecrest, bats, rare orchids and ferns.

This ancient landscape is free to explore, and is only an hour and a half by car from Funchal. You can book a guided hike, or venture out on your own following the miles of levadas — old irrigation canals that criss-cross the whole area. 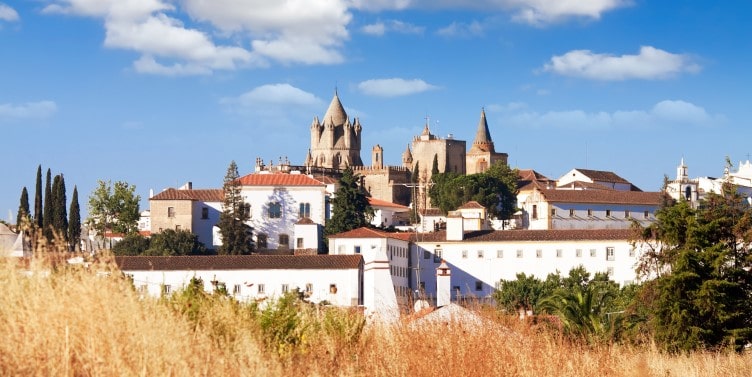 The walled hilltop town of Evora was once Portugal’s second city, and home to many royal residences. UNESCO status protects its wealth of historic buildings, which include a ruined Roman temple, medieval cathedral, 15th century palaces and catacombs. You can easily explore Evora’s maze of narrow streets in a day or two. If you have a car, don’t miss the chance to visit the rural towns, villages and excellent vineyards nearby. 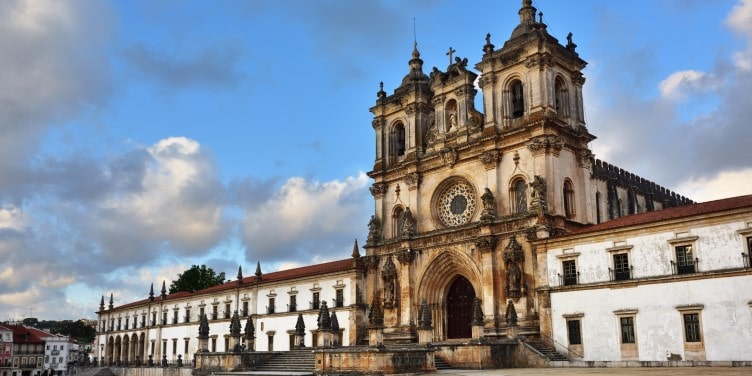 Founded in 1153, the Monastery of Alcobaca is a masterpiece of Gothic architecture with a majestic nave, cloisters and perfectly preserved tombs.

The ornate tombs are especially famous. They’re the resting place of King Peter I of Portugal and his mistress Ines de Castro. Ines was murdered by Peter’s father, King Alfonso IV. Peter — so the gruesome tale goes — was so distraught, that when he became king he had her body dug up so they could finally be married. 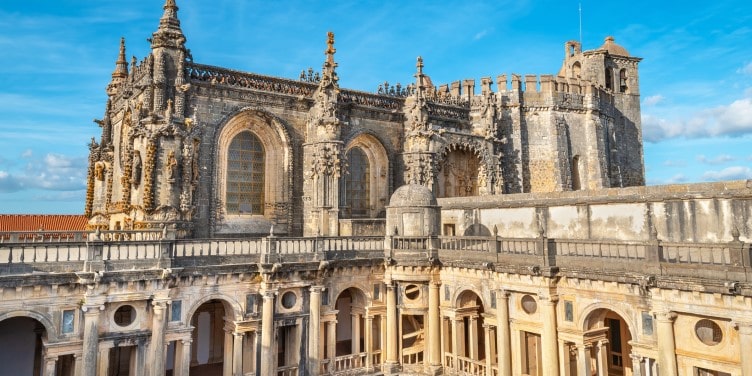 The Convent of Christ in Tomar was founded in 1160 and took five centuries to complete. A headquarters of the Knights Templar, it’s the largest building built by the order in Europe, and has a stunning gilt and mural-filled Manueline chapel.

You can reach Tomar by train from Lisbon in around 90 minutes. This photogenic town on the banks of the River Nabao has many other historic buildings, along with great local restaurants, guesthouses and hotels. 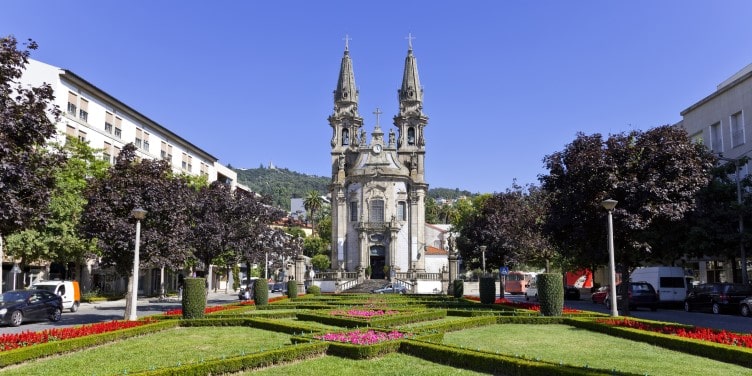 The town’s UNESCO status is due to its unspoiled medieval buildings, streets and squares. Highlights include an imposing, 10tht century, tapestry-filled medieval palace.

Guimaraes is an enchanting place to visit on a day trip, with a maze of winding streets to explore, pavement cafes and tiny bars. Local restaurants serve regional fare and wines from nearby Douro Valley vineyards.

The port has two unique 16th century maritime forts along with beautiful churches, gardens and an 18th century royal palace.

The Bay of Angra do Heroismo is a vast underwater archaeological park, home to 80 shipwrecks dating back as far as 1543, making it a fantastic spot for scuba diving!

You can also explore the history of the Azores in the town museum, or take a boat from the harbour to visit neighbouring islands. 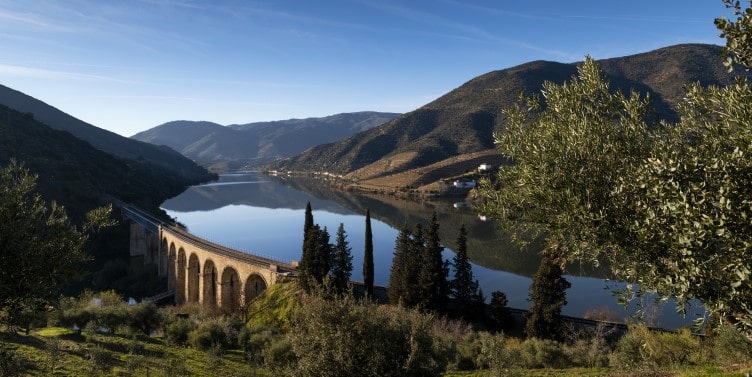 The rocky cliffs of the Coa River Valley are home to an incredible 5,000 prehistoric animal engravings. Thousands of years old, they were only properly discovered in the 1990s, during a routine survey that preceded the building of a proposed dam.

The area is now a UNESCO protected archaeological park, and can be visited with a guide who will take you to the sites where you can see the engravings up close.

There’s also a stunning modern museum that explains the story of the landmark discovery in detail. Visits can be booked on the park’s website. The nearest town, Foz Coa, is around two hours drive from Porto.