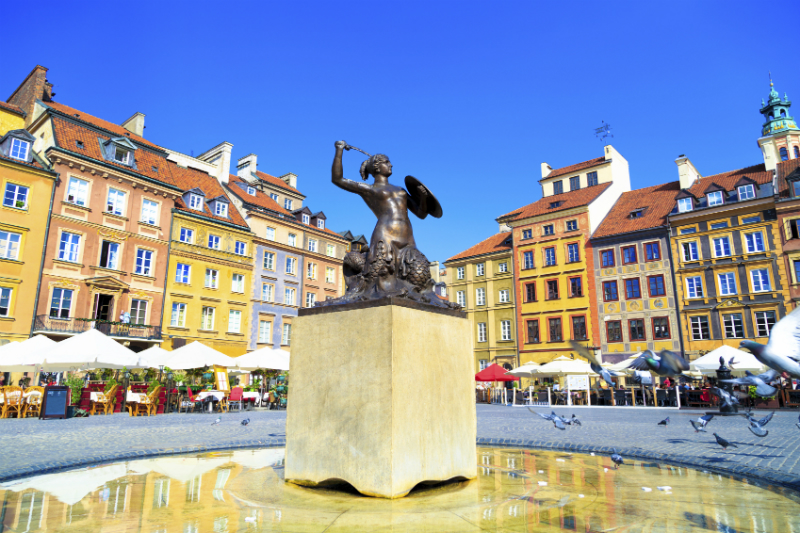 Warsaw is an eclectic town, where the events of the past are brought to life with state of the art technologies. Having been almost entirely destroyed by the Nazis during World War II, Warsaw was almost completely rebuilt but still retains its old world charm.

On your holiday in Warsaw, you might like to take some time to learn about the city’s interesting past. Here are some sites not to be missed in Poland’s capital. 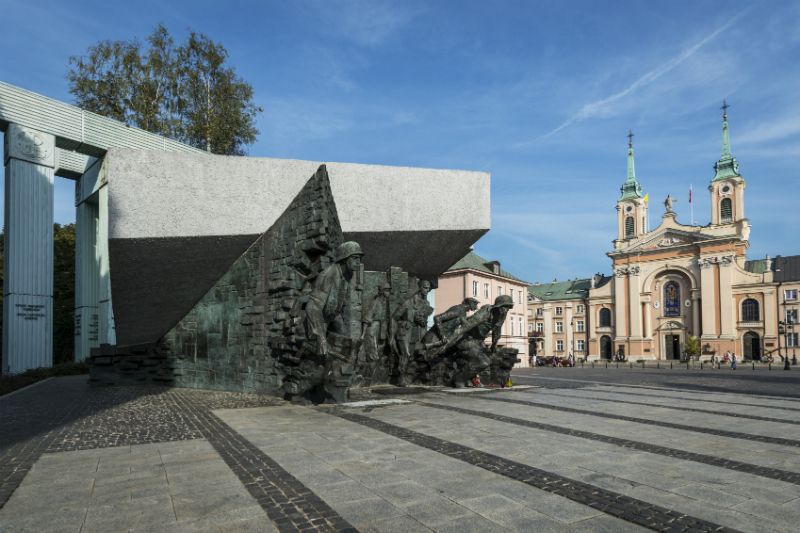 The uprising of 1944 resulted in nearly 90% of the city being brutally destroyed by Nazi forces as retribution. The museum tells the story of the rebellion and subsequent struggle of the population. With interactive exhibits and 3D state-of-the art films, the past is brought to life in mesmerising detail. The museum is as comprehensive in its extensive information as in its variety of exhibits. To learn about Warsaw’s past, a visit to this definitive museum is a must. 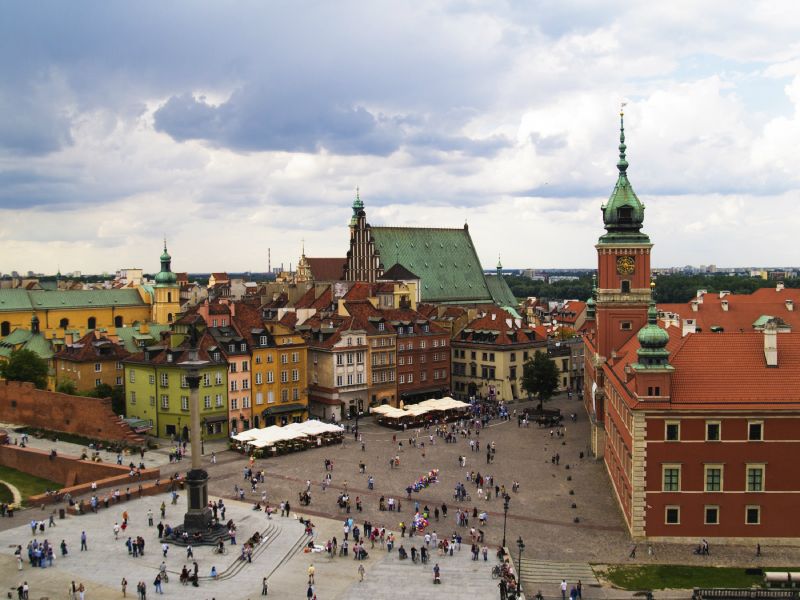 Completed in 1962, Warsaw’s Old Town was painstakingly reconstructed using blueprints and photographs after the Warsaw Uprising. Today you can wander among cobbled streets, picturesque, colourful buildings, archways and courtyards. The beautiful Market Square is a draw for visitors, with its charming cafés, ice-cream vendors and shops selling local goods. You’ll also find a large bell marking the spot of the former parish cemetery where the Church of Saint John the Baptist now stands. This beautiful and charming Old Town revives Warsaw’s past perfectly. 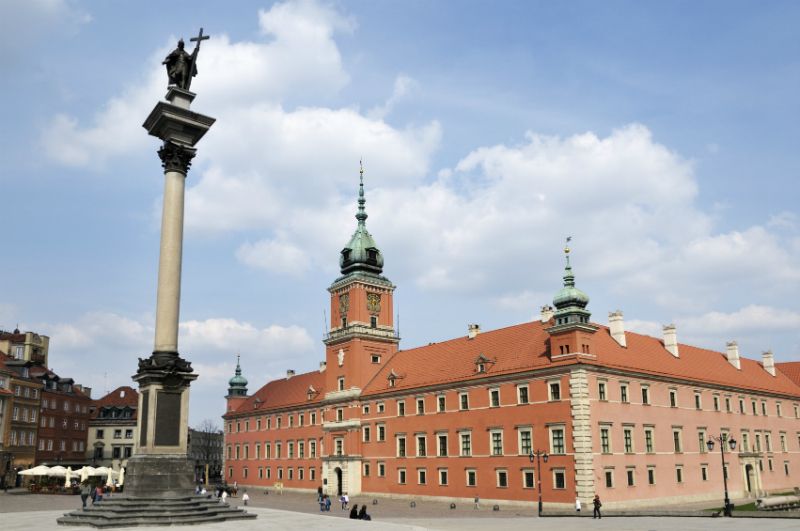 Start at the Royal Castle where the statue of King Zygmund III proudly stands and end at Wilanow, the grand royal palace. Walking this royal route is a superb way to see the city. Along the route you’ll find Nowy Swiat, one of the principal business streets; Hotel Bristol, whose atmosphere remains much as it was 100 years ago; the impressive presidential palace; and the high-end shops of ‘Square of The Three Kings’. At the end of the route, a 15 foot plastic palm tree symbolises new Warsaw. This is an interesting and eclectic piece of Warsaw to explore. 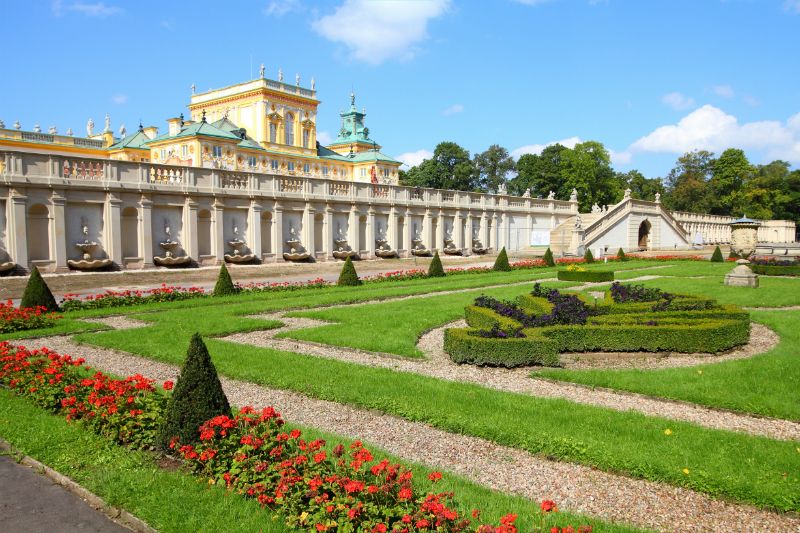 Often compared to Versailles for its size and grandeur, Warsaw’s magnificent royal palace stands at the end of the Royal Route, beckoning visitors to explore further. Built for King Jan Sobieski III in the late 17th century and repeatedly extended during the 18th century, the palace is on a grand and decadent scale as befits royalty. The interior celebrates the military victories of the king and it also contains busts and statues of classical figures of gods and goddesses.

The palace has changed hands many times, with each owner adding their own stamp to it. The gardens and grounds are on a similar scale to the palace, with statues and winding paths to discover. An absolute must for those who appreciate architectural beauty. 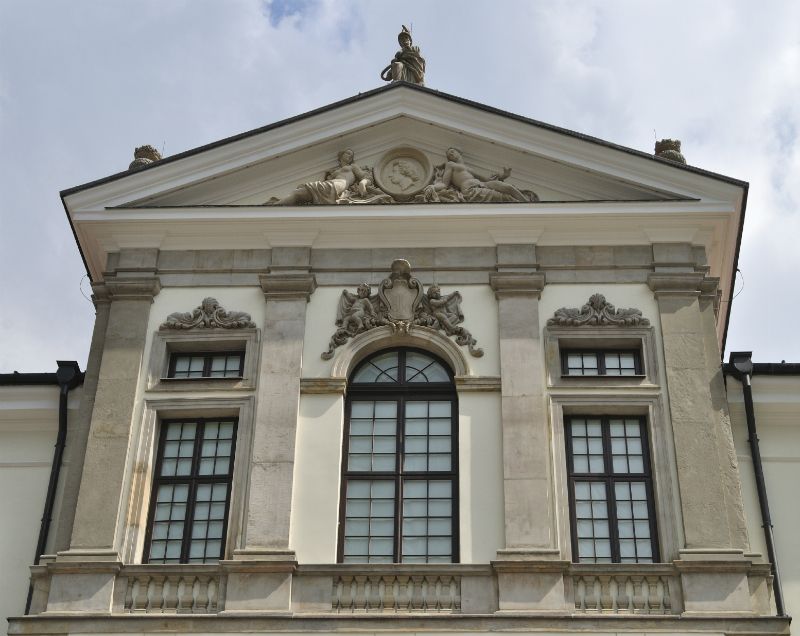 The life and works of Warsaw’s famous musical son, Frédéric Chopin, is celebrated here in this beautiful museum. This modern, state-of-the-art museum is a sensory experience that brings to life the sights, sounds and smells of Chopin’s Warsaw.

Recreated streets from 19th Century Warsaw, recordings, photographs and recitals work together to appeal to informed Chopin fans as well as those who know little about him. The Chopin museum was completely renovated to celebrate Chopin’s 200th birthday in 2010, and is a definitive demonstration of how today’s technology can bring yesterday’s events to life. 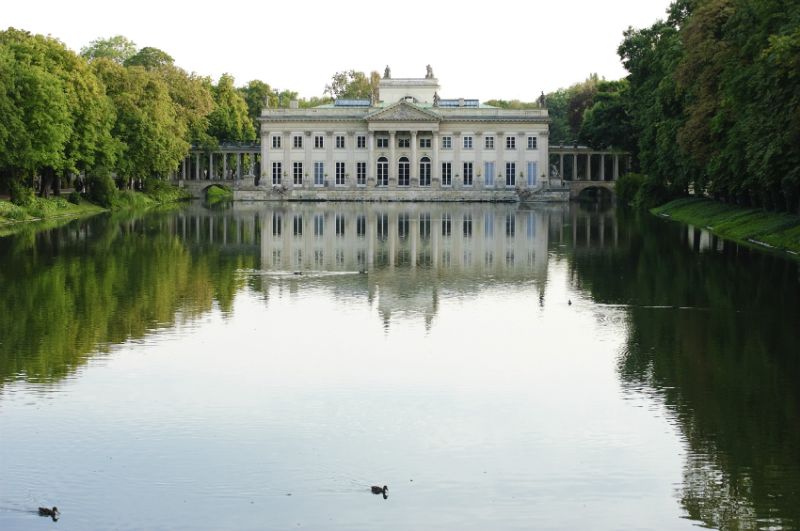 More than just a park, the sheer scale of Lazienki, covering 76 hectares, makes it feel like another world.

The palace features a variety of classical style buildings; an 18th century palace with two-tiered ballroom stands over the water on an islet and was originally built as a bathhouse. Keep walking and you’ll find a stunning amphitheatre, inspired by Greek and Roman design, with eight statues representing famous poets, playwrights and thinkers.

Amongst the other sites open to the public are the garden villa, known as The Little White House, the Myślewicki Palace; the Old Orangery; and the New Orangery. The park is a beautiful green area for resting on a hot day, all the more so when the park hosts its free Chopin concerts.

This is just a sample of the delights that await you in intriguing and unforgettable Warsaw. The rest is waiting to be discovered by you. If you plan to take a holiday to Warsaw, we’re sure you’ll find it an absorbing and enriching experience, and when you’ve seen all the sights in the day, the lively nightlife will keep you entertained.

Before you go, get up to date on the options for holiday insurance in Europe.