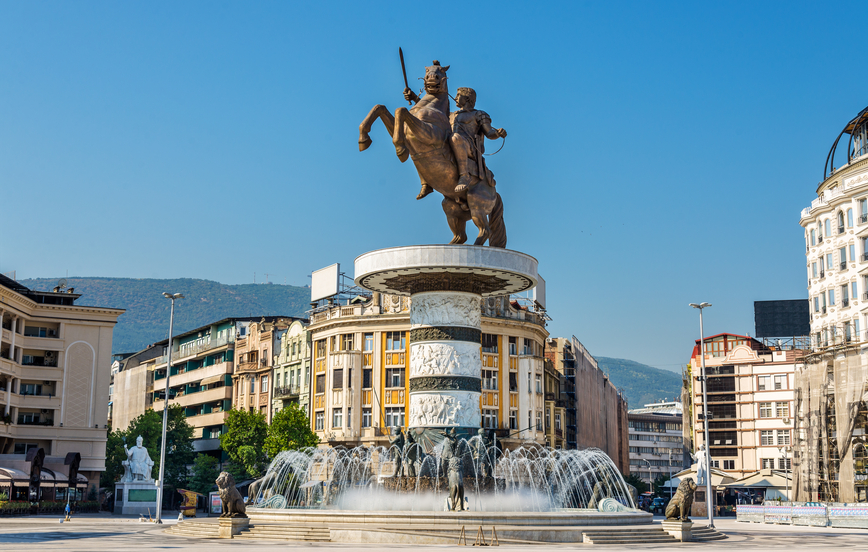 As the capital of the Republic of Macedonia, Skopje is the biggest and most diverse city in the country. It has seen its fair share of occupancies over the years, evidenced by a sprawling old bazaar quarter and an abundance of Byzantine churches and monasteries dotted around the city. Historic sites such as Scupi and Skopje’s Aqueduct are testament to Roman times but the group that left the greatest mark was the Ottomans who ruled Macedonia for centuries.

Today, Skopje is fast becoming a modern and entertaining city, largely as a result of the ‘Skopje 2014’ national project. The project has transformed the city into an unusual patchwork of Turkish old town and ancient fortress, combined with a contemporary twist. The central riverside area is imposing with towering warrior statues gazing down on you while gleaming Italian style buildings and marble-clad museums just can’t fail to impress.

If you’re in Macedonia to enjoy the usual holiday pursuits of trekking in the country, mountain biking, climbing and wine tasting amid Balkan villages, spare a little time for eclectic Skopje. You may well be pleasantly surprised. 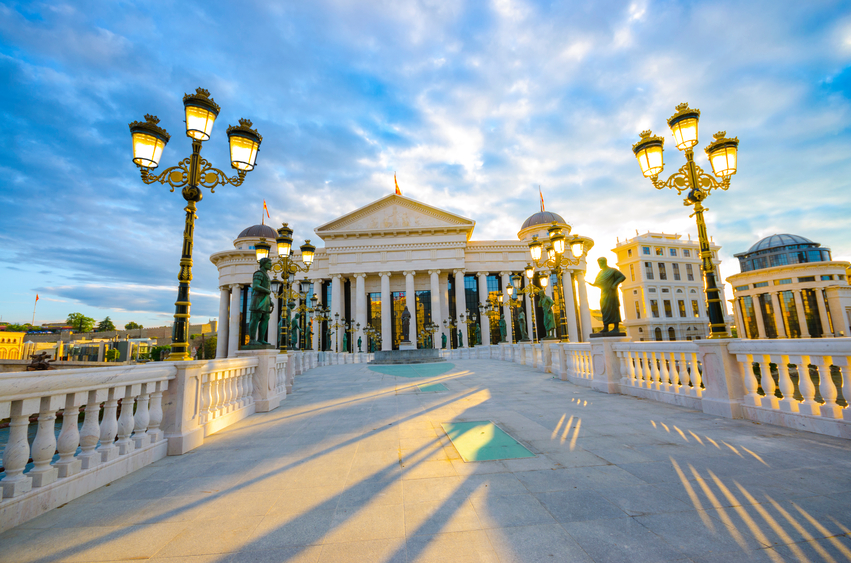 Consisting of three sections: Archeological, Historical, and Ethnological, this is a must see, particularly the ethnological exhibitions which give a detailed view of the ornate national costumes of different regions in Macedonia. The 40 kilogramme Mariovo wedding dress is of particular interest, as is the wig that the bride had to wear for a month after the wedding to symbolise her virginity. You’ll also learn about Macedonia’s customs and view presentations and models of traditional architecture. Meanwhile, the Archaeological section displays an interesting collection of objects found in Macedonia dating back to neolithic times 5,000 years B.C. up to the 7th century.

The historical displays feature copies of frescoes from all around Macedonia, giving a compact view of the nation’s Byzantine art. Its gallery of icons includes icons from the 10th to the 19th century, some of which are regarded as the best in Macedonia.

This impressive museum holds an international collection of around 4,800 contemporary artworks, some 1,760 of which are gifts from overseas artists like: Picasso, Leze, Sulaz, Aleshinski, Lui Can, Hartung, Millares, Kemeni, Gaitis, Buri, Kalder, Vasarely who donated their works to the new museum after the city’s earthquake of 1963. Even the building itself was a gift from Poland. Skopje now has the most extensive collection of contemporary art in south-eastern Europe. The temporary exhibitions can be visited for a fee and the building itself is also well worth a look.

Museum of the Macedonian Struggle

Located in the capital city of Skopje, the museum opened to the public on 8 September 2011 – the twentieth anniversary of the declaration of independence. Here you can learn about the fight for Macedonian statehood right from the days of the Hajduks against the Turkish occupation during the Ottoman Empire, up until the declaration of independence from Ottoman Empire on 8 September 1391. Guided tours take you through thirteen informative exhibitions, ending at the original 1391 Declaration of Independence. 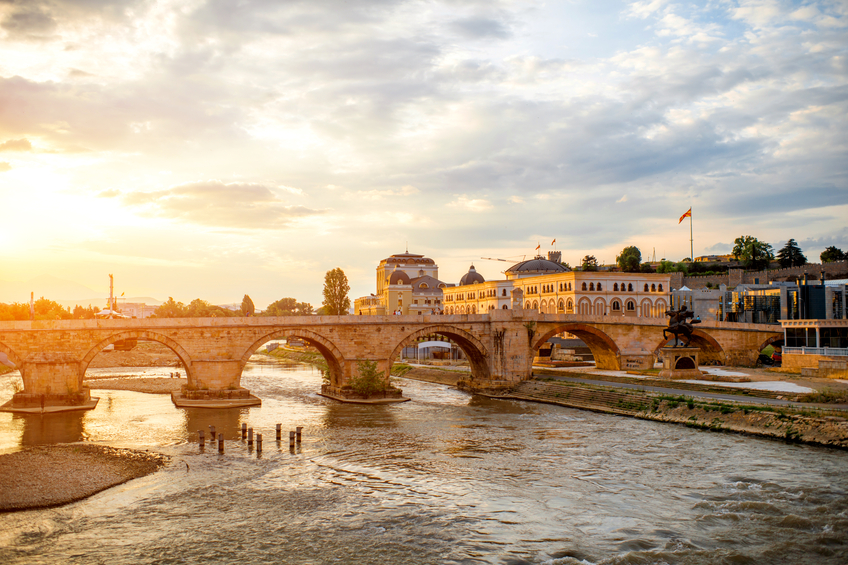 Byzantine emperor Justinian built the Stone Bridge in the 6th century and since then it has been the symbol of the city. Built of big stone blocks with thirteen pretty arches, the most important reconstruction of the bridge took place during the second half of the 15th century by Sultan Mehmed II when a stone fence and guard tower were also added. More recently, the guard tower fell down during a period of restoration and is currently awaiting reconstruction. The bridge serves as a main connection to the old bazaar and the main square.

Every bazaar in Macedonia has a clock tower, vital for Muslims to know when to close their stores to attend prayer five times a day. Skopje’s clock tower was the first one ever to be built in the Ottoman Empire, demonstrating the enduring importance of Skopje as a trading centre. The tower has a more Islamic appearance than the other clock towers in Macedonia but unfortunately the clock largely disappeared during the earthquake, the remnants now sitting in a clock museum in Switzerland.

If you’re feeling energetic, a climb up this mountain gives the best views of the city and the valley in which it lies. Climb to the Millennium Cross, the largest Christian cross in the world, which was built to celebrate 2,000 years of Christianity in the kingdom. A monument is dedicated to the Macedonian partisan fighters who defeated Axis forces stationed on Vodno, enabling the liberation of Skopje. If the climbing is a little too much, there’s a public bus taking you halfway up the mountain and from there a cable car goes takes you to the top. 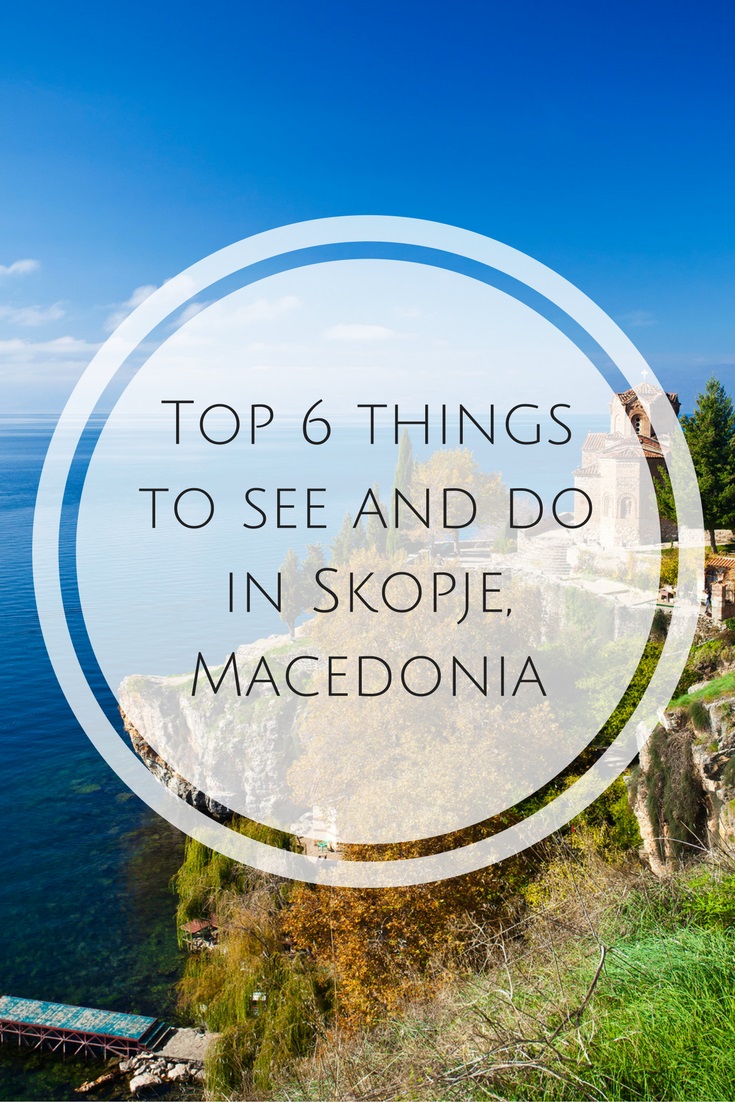