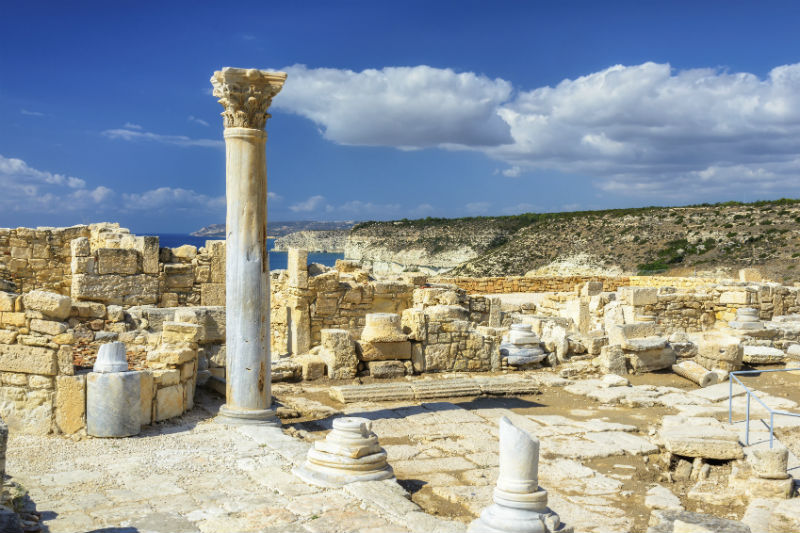 If you are a bit of a history buff, you’ll be glad to know that in addition to sun, sand and sea, Cyprus boasts an abundance of magnificent museums and monuments for you to immerse yourself in.

This strategic Mediterranean isle has seen its fair share of invaders and civilisations over the years: Greeks, Phoenicians, Assyrians, Egyptians, Persians, Romans and Byzantines have all ruled or been present on the island, bringing Cyprus its unique cultural heritage.

Even today, the northern part of the island remains scarred by the Turkish invasion of 1974, causing Cyprus to be divided by a buffer zone called the “Green Line” which cuts through the capital city of Nicosia. This is monitored by United Nations forces and officially demarcates the Turkish Cypriot north and the Greek Cypriot south. Cyprus joined the European Union on 1 May 2004 but a resolution on the division between north and south is yet to be established.

So what historic gems are there to see in South Cyprus? Here’s a lowdown on some of the main attractions: 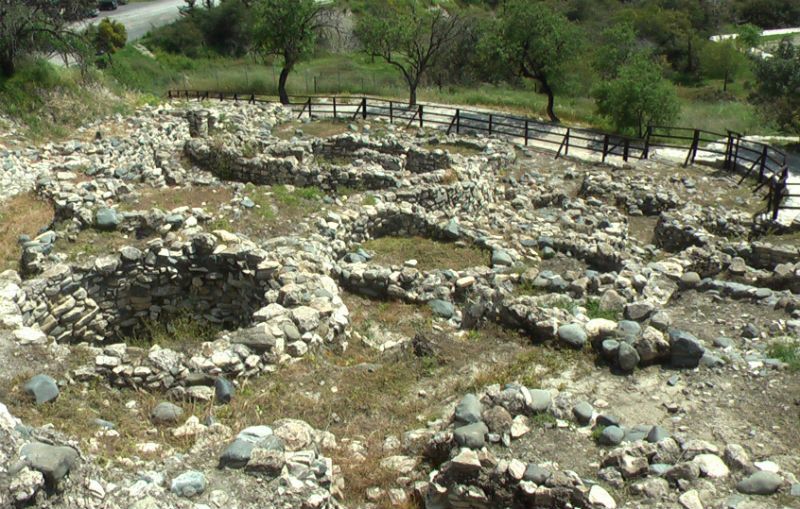 Monumental in the sense that this was the first site of human habitation on Cyprus, Choirokoitia was a prehistoric settlement and dates back to 7,000 BC. Now a UNESCO World Heritage site featuring remains and reconstructions of the circular huts which once characterised it, Choirokoitia is known as one of the most important prehistoric sites in the eastern Mediterranean, and played a major role in the cultural development of Cyprus. 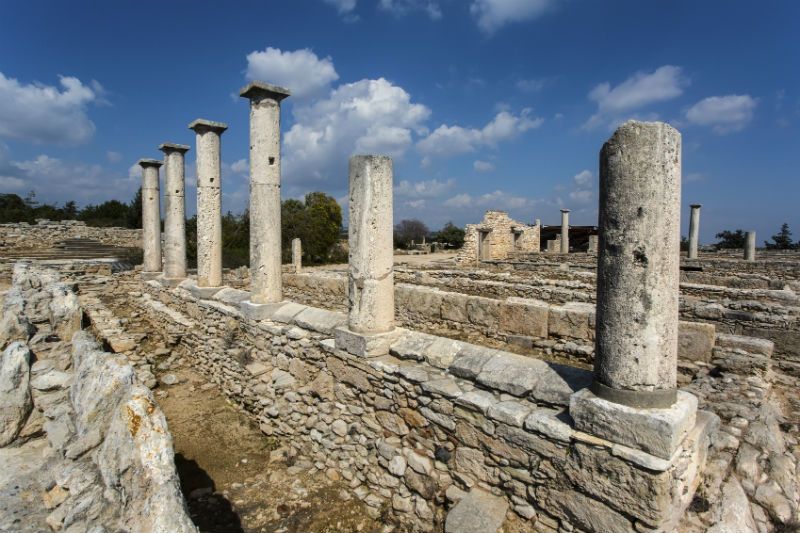 Sitting on the site of one of the oldest towns on Cyprus, Amathus is an archaeological site believed to have been founded by the Eteocyprians. Over the years, it hosted the Greeks, the Phoenicians, the Persians, the Ptolemies and the Romans and was later abandoned sometime in the late seventh century. Amathus holds strong connections with the cult of Aphrodite as well as the legend of Ariadne. Today, you can wonder around several ancient sites, including the remains of the eighth century BC palace of Amathus, tombs, an acropolis and a first century AD Roman temple. 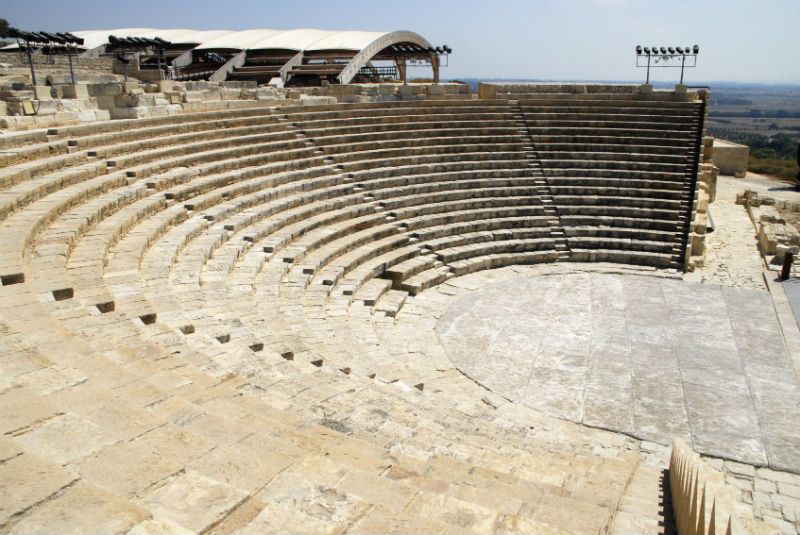 Kourion (or Curium) is an impressive archaeological site near Limassol which contains some fascinating ancient Roman and Byzantine ruins. Kourion was first inhabited during Neolithic times, with the earliest evidence of settlement dating back to 4,500-3,900 BC, but the town itself was founded by the Argives in the thirteenth century BC.

Kourion grew throughout the Roman and Byzantine periods and established the buildings, monuments and statues we can see today. Perhaps the most significant structure to be seen today is the ancient theatre which is still intact and seats up to 3,500 spectators. This theatre dates back to the second or third century AD. 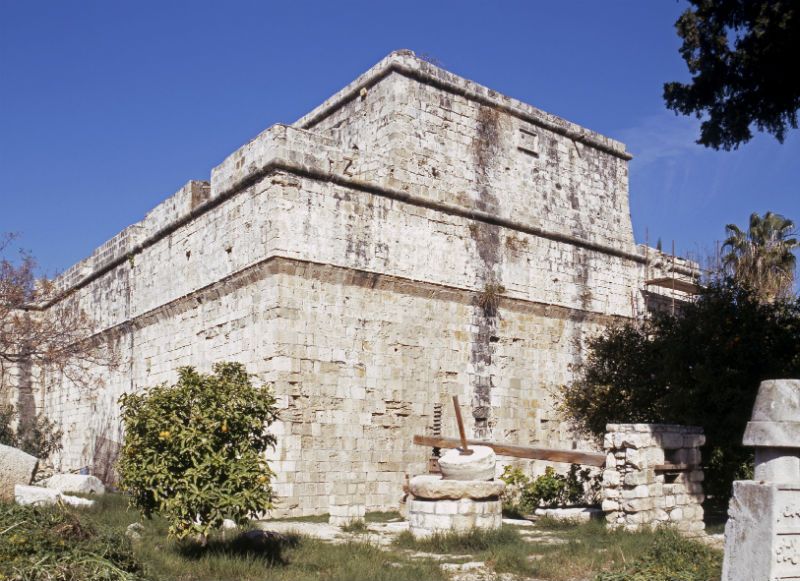 Kolossi Castle was originally a thirteenth century Frankish fortification constructed by the Knights Hospitallers in 1210. The castle remained almost exclusively in their possession until it was demolished by Mameluke raids in 1525. The current Kolossi Castle was built in 1454 under the orders of Louis de Magnac and his coat of arms can be seen featuring proudly on the wall. 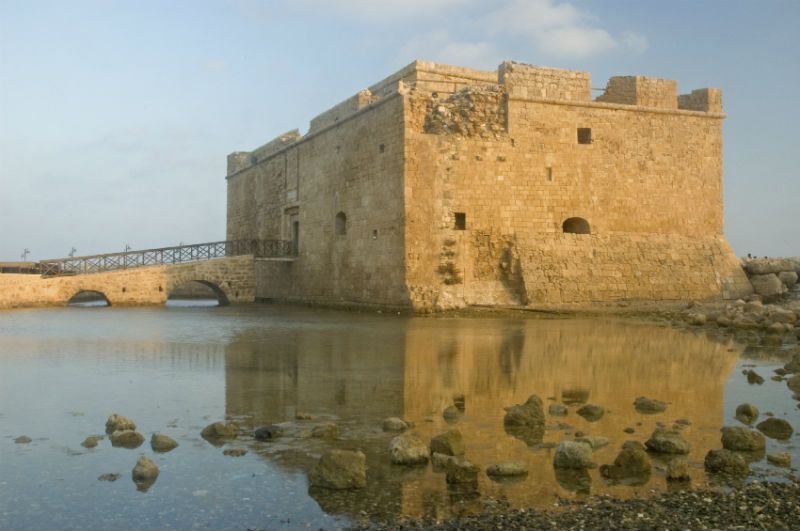 Paphos Castle was constructed in the mid-thirteenth century to replace the previous fortification at Saranda Kolones which was devastated by an earthquake. However, having been captured and altered by the Genoese in the fourteenth century and later controlled by the Venetians, it has changed greatly over the years. Not wanting the castle to fall into enemy hands, the Venetians actually destroyed the castle before the Ottomans invaded in 1570. The Ottomans later rebuilt it creating the Paphos Castle you can see at the harbour today.

You can descend into the dungeons used by the Ottomans during their occupation and see the battlements of Paphos Castle, where the Ottoman soldiers lived. When the British took over Paphos Castle in 1878, it was used to store salt and in 1935 it became a national monument. 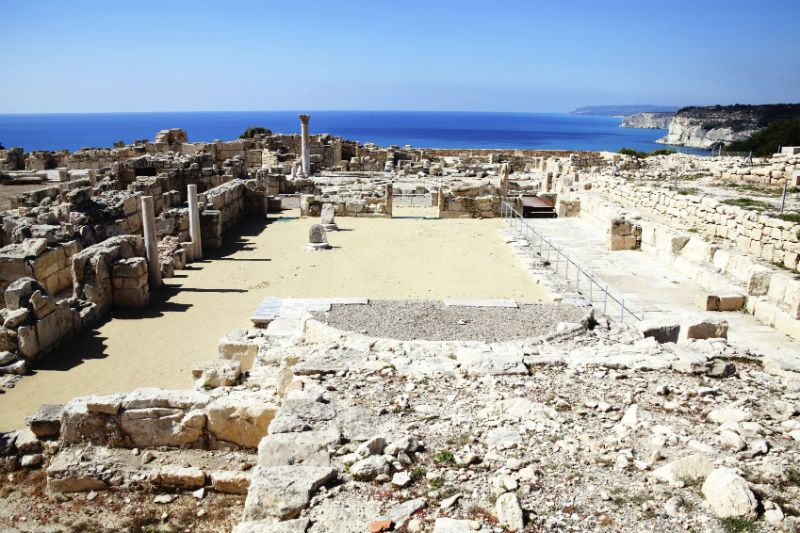 Nea Paphos holds the archaeological remains of what was once the capital of Cyprus. Nea Paphos gained strength particularly under the Ptolemaic Kingdom from the third century BC.

One of the main remnants of the earliest stages of Nea Paphos is its ancient theatre, probably built at the time the city was founded and used until the 5th century AD. But the most visited sites at Nea Paphos are its ancient Roman villas, most of which date back to the second century AD and boast impressive mosaics representing mythological scenes. 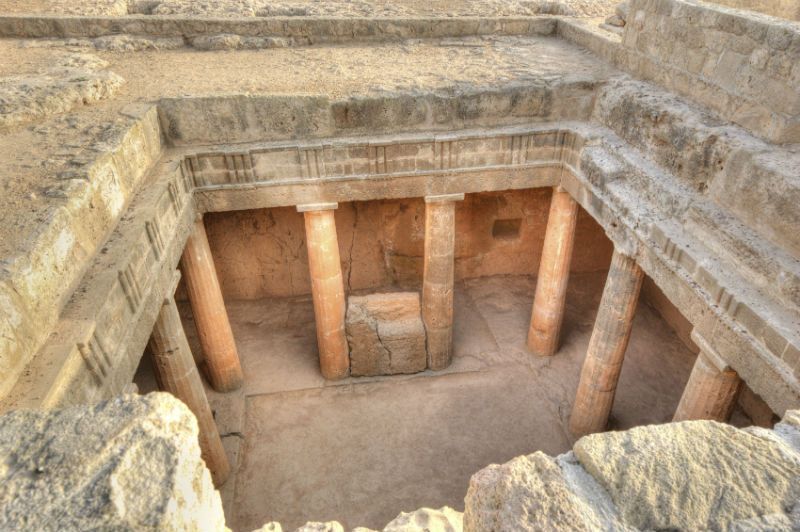 Tombs of the Kings, Paphos

The Tombs of the Kings is a Hellenistic necropolis containing eight well-preserved tombs dedicated to the elite, including prominent figures and high-ranking officials. It was used throughout the Hellenistic and Roman periods and possibly right up to the early Christian period. However, just like many sites of this kind, the Tomb of the Kings fell victim to looting and was also used to quarry materials. Nevertheless, the Tomb of the Kings is well worth a visit and you can wander down into their great depths and view the atriums which still survive. 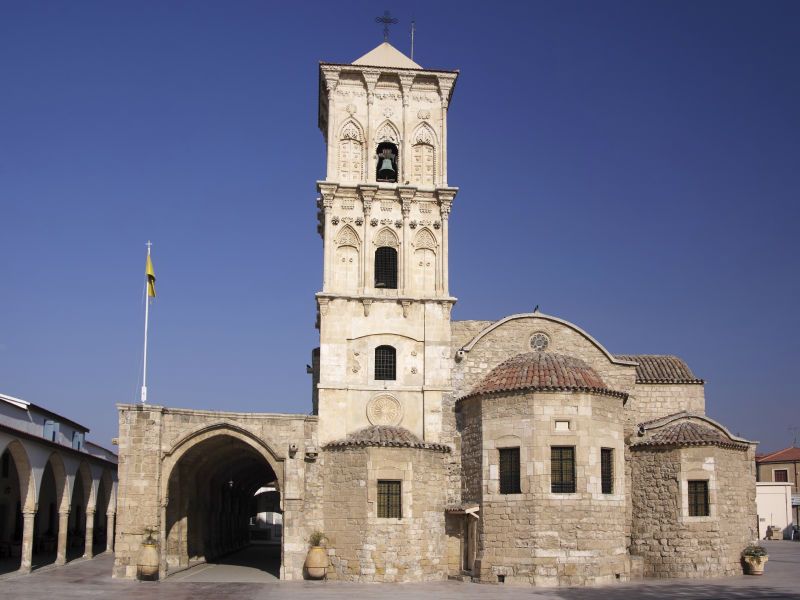 The Church of Agios Lazaros is a Byzantine creation built in the tenth century AD on top of the tomb of Saint Lazarus. Saint Lazarus is said to have been resurrected by Jesus and fled to Cyprus, where he was ordained as a Bishop. You can go into the crypt of the church to view his reputed tomb as well as those of others buried there.

Once used as a mosque during the Ottoman occupation of Cyprus, the Church of Agios Lazaros later reverted to a church. The church has suffered damage, including a devastating fire, but has it been painstakingly restored over the years. 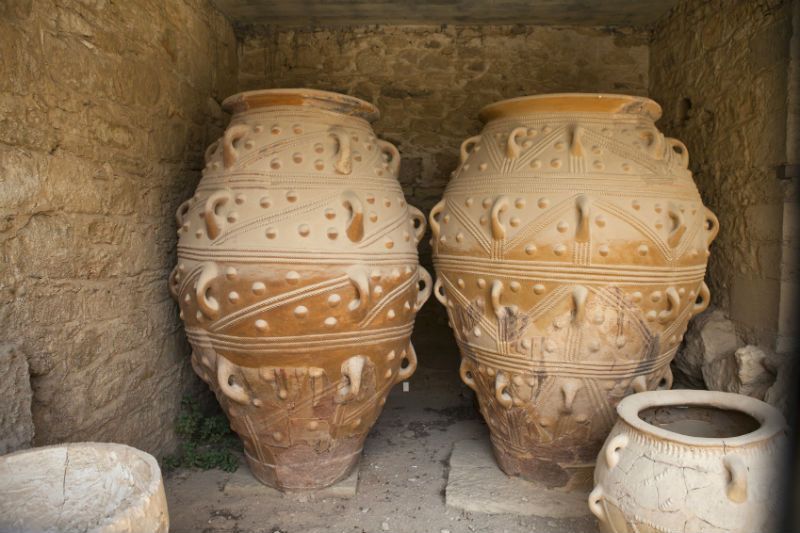 If you don’t have time to visit the archaeological sites in Cyprus, perhaps a visit to the country’s main archaeological museum will help you gain a global view. This well stocked museum traces the long history of civilisation on the island, from prehistoric times to the early Christian period. Thanks to excavations throughout Cyprus, the museum showcases a large collection of exhibits which are so impressive that they have made Cypriot archaeology influential in international archaeological research. You will see well organised displays of pottery, jewellery, sculpture and coins from the Neolithic period to the Bronze Age, Iron Age and the Greco-Roman periods. The main attractions include a statue of Aphrodite of Soloi; a gold jewellery collection and remnants from the royal tombs of Salamis.