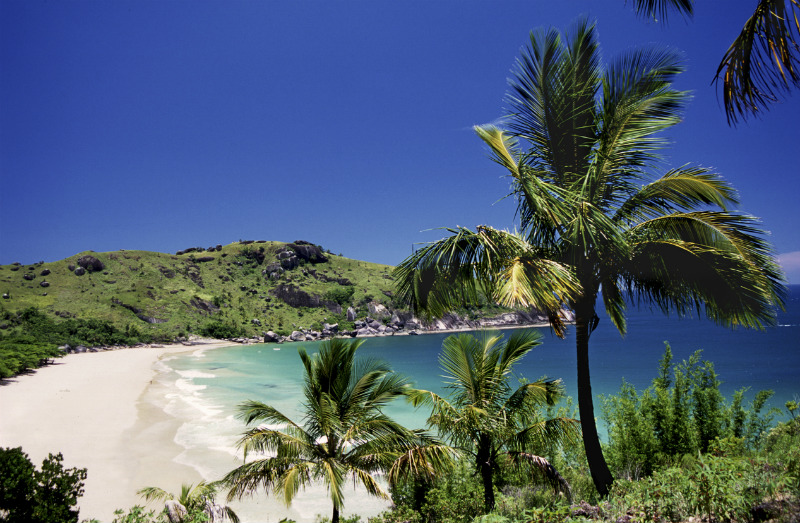 Ilhabela literally means ‘Beautiful Island’ and it’s easy to see why this Brazilian archipelago is so adored. The islands are a favourite among beach lovers and water sports enthusiasts and its main island, Ilha de São Sebastião, is the largest island off Brazil’s coast.

Ilha de São Sebastião, often called Ilhabela, hosts several sailing competitions and is home to stunning volcanic beaches, dense jungle, waterfalls and tropical birds. With eighty per cent of the island designated a national park and a UNESCO protected biosphere, Ilhabela boasts natural beauty aplenty, some of which is so isolated that it’s reachable only by boat.

Well situated off the coast between Brazils’ two largest cities, Sao Paulo and Rio de Janeiro, Ilhabela is hugely popular among Brazilians for its diving. Despite the calm waters, there is a large concentration of shipwrecks to the south and east of the island where the remains of over one hundred 19th and early 20th century ships lie at the bottom of the Atlantic. The Museu Nautico Ilhabela, a small, well cared-for museum takes you through the history of famous shipwrecks in Ilhabela along with legends of the local people and objects found in the wrecks.

Legend has it that English pirates used to sail around Ilhabela where they are said to have hid treasures pillaged from Spanish galleons loaded with gold – now’s your chance to strike it rich at sheltered Saco do Sombrio, reputed to be a favourite hiding place among pirates!

A multitude of diving points means opportunities for all abilities are plentiful, from simple snorkelling to the most challenging of dives. Aside from ships’ treasures and components, there’s also a host of sea life to marvel at, including coral reefs, anemones and parades of colourful fish.

Ilhabela is graced with almost 40 kilometres of pristine beaches, twenty two of which line its western shores. Whether you love or hate the crowds, it’s a good idea to bear in mind some of the most popular stretches: 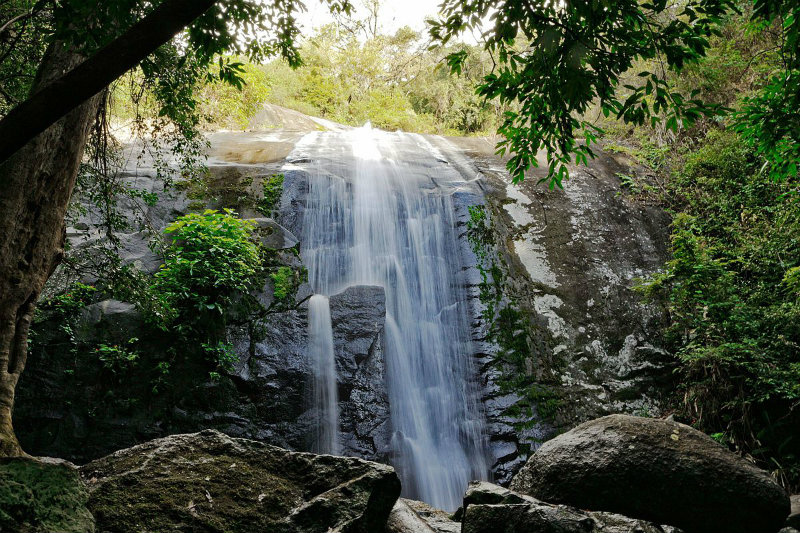 The island is in fact a magnet for all kinds of nature enthusiasts from bird watching amblers (there are 300 bird species on the island) to more serious hikers. Relaxed Robinson Crusoe types also find it perfect for simply swinging in a hammock and listening to the sounds of nature.

Most of Ilhabela is preserved within a 270 square kilometre natural park known as Parque Estadual de Ilhabela which contains both land and sea treasures, most of which are best explored on an organised excursion. However, should you want to go it alone, an easy solo outing is the three kilometre walk inland from Praia de Feiticeira to Cachoeira da Toca, an idyllic waterfall boasting several cascades and pools, in addition to rope swings and a zip line.

Ilhabela contains over three hundred waterfalls and hikers can set off on any of a number of trails which lead to them – two of the most popular falls are the Cachoeira dos Três Tombos from Feiticeira Beach and nearby Trilha da Água Branca.

It’s small wonder that Ilhabela is known as “the capital of sailing”. Calm waters and strong winds that blow between the island’s northern tip and the continent are perfect for sailing. The prestigious Rolex International Sailing Week takes place here and is the largest sailing competition in Latin America, attracting around 1,500 participants in July. It’s easy to book yourself private sailing lessons or rent a yacht – ask at your hotel or the nearest tourist information office.

If you are after a little more relaxation on the water, boat rides take you to the island’s more remote beaches, fishing spots and smaller islets, while bobbing along in a kayak is also a popular way to see the island from the sea.

If diving amongst shipwrecks and hiking to waterfalls has inspired you to head to Brazil, take a look at our cover options and travel insurance information for Brazil. For destinations further afield, explore worldwide travel insurance.