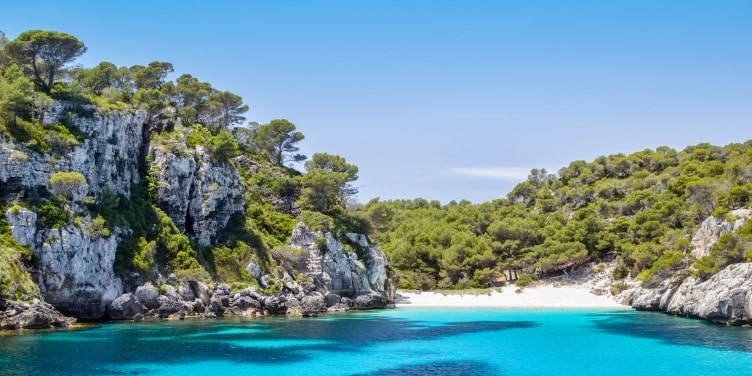 There are over 100 islands in the Balearics, though for most people, only four come to mind: Majorca (or Mallorca), Menorca, Ibiza and Formentera. The rest are much smaller and mostly unoccupied.

Despite being clustered together off the east coast of Spain, each of these four islands offer a very different holiday experience.

There’s more than meets the eye though. To help you pick the island for you, here are some highlights from the main four. 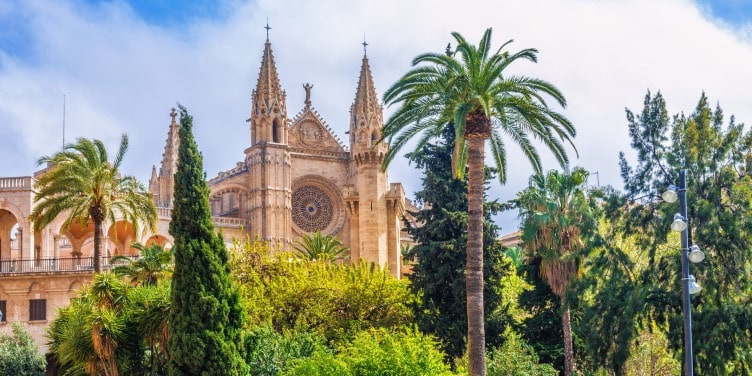 Majorca, the biggest of the four, is great for those who love a bit of culture and history while its neighbour Menorca has miles and miles of pristine and quiet coastline.

You’ll find most of the action in Majora’s capital, Palma.

Having been occupied by everyone from the Romans to the Moors, the city is rich with historic architecture bearing traces of the ages. The majestic 14th century cathedral La Seu towers over most things here while next to it is the Royal Palace of La Almudaina, where the Spanish royal family stay on their visits to the island. In the narrow network of lanes and alleys behind these lie some of the oldest quarters of the city, where sharp gothic arches mingle with curved Arabesque ones.

To see the city in a different light, seek out its sundials. Majorca have more of these per square kilometre than anywhere else in the world. 112 of the 829 sundials on the island are found in Palma. 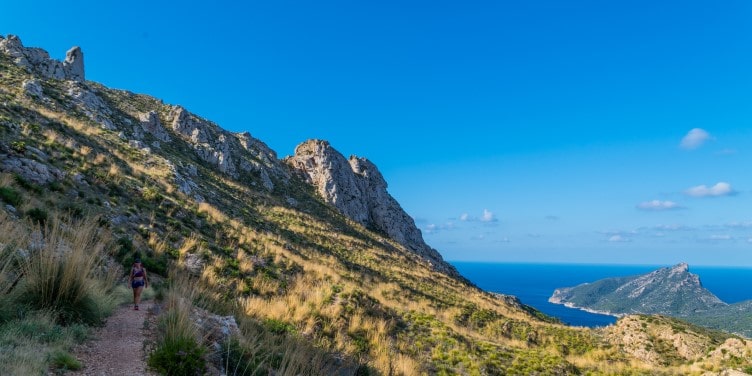 Out of town, it’s all about hiking in the Tramuntana, a mountain range that forms the backbone of the island. You can explore the entire range on foot via the Ruta de Pedra en Sec (the Dry Stone Route), which stretches from Andratx in the west to Pollença in the north.

Or if you’re short on time, just drop in for the highlights. The town of Soller, with its handsome buildings surrounded by orange groves, is definitely worth a visit. There’s a vintage train route from Palma that takes in some of the most beautiful parts of the island as it trundles towards Soller.

For an alternative, there’s also the charming coastal village of Deia further north, which is the setting of countless books and the inspiration for many musicians. 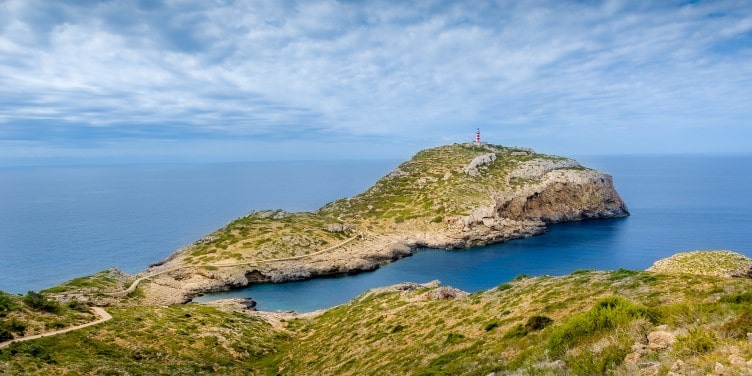 For those who are fascinated with what lies beneath the waves, head to Cabrera, an uninhabited island just 10 miles south of Majorca. The protected space is a national park and there are some incredible dive and snorkelling sites around it where you might spot the turtles and cuttlefish that call this part of the Mediterranean home.

In the summer months, you can get there on daily boats from Colonia de Sant Jordi, in Ses Salines. 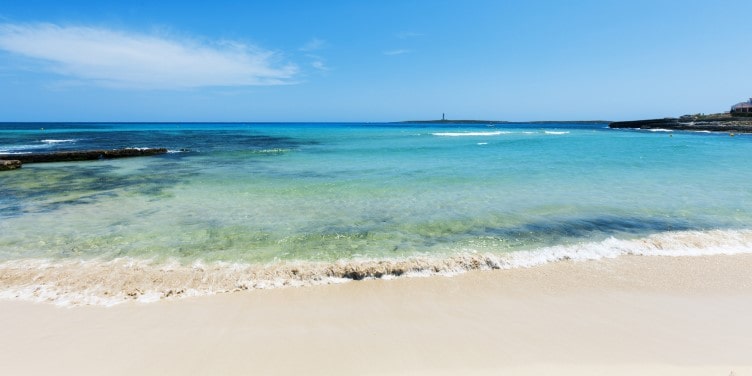 Every Balearic island has gorgeous beaches, but in Menorca they really come into their own. Think fine, golden sand, turquoise clear waters and a mix of long, open stretches of coastline and quieter alcoves.

For remoteness, make a beeline for Platja d’en Tortuga, one of the quietest spots in the S’Albufera des Grau Natural Area, a protected Unesco Biosphere Reserve. It’s only accessible on foot, but for that you’re rewarded with pristine solitude. This beach, and a couple of others in the area, are open to naturists so be prepared to see plenty of skin on show.

If you want to see more of the coastline than just your beach towel, follow the Camí de Cavalls trail. It traces the entire island for 185km and is ideal for cyclists and keen walkers. There’s plenty of guesthouses dotted along the route, perfect for an overnight stay. It’s even possible to sail around the island by kayak, and the entire route is doable in seven days.

Menorca has plenty of rustic vineyards to reward wine lovers too. Bodegas Binifadet is one of the most open to visitors and it offers hour-long tours that includes a stroll through the vineyards, a stop in the winery before a small tasting paired with the local cheese.

And if you need a lightweight souvenir to take home, it has to be avarca sandals. The traditional footwear of Menorca features a leather top that covers most of the toes and a strap at the heel. Do look out for the Avarca de Menorca label, which is awarded to makers who meet the minimum quality requirements for these sandals. 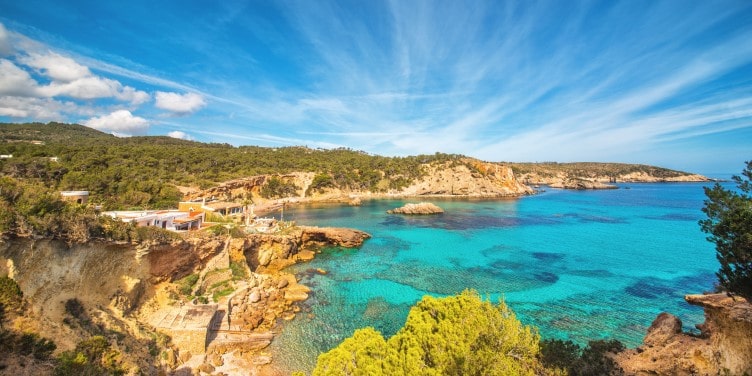 Ibiza is best known for its party antics but to the north you’ll find quieter Bohemian villages.

Outside the party towns of Eivissa (Ibiza Town’s name in Catalan), Platja d’en Bossa, and San Antonio, Ibiza is full of pretty whitewashed villages with a laid-back bohemian vibe, offering you a chance to get some much needed rest and respite.

The quietest spots are towards the north of the island, with the pinnacle being San Juan, or Sant Joan de Labritja.

Full of charming little shops, cafes and restaurants, this relatively rural spot is often known as “the last real village in Ibiza”. But don’t expect to be the only person discovering this hidden gem as its paved streets are well trodden – this is Ibiza, after all.

But it is in good proximity to some gorgeous family-friendly beaches, like the tranquil Cala Xarraca. The waters here are crystal clear for swimming and snorkelling and there are a handful of beachside restaurants where you can eat your fill and escape the midday sun. 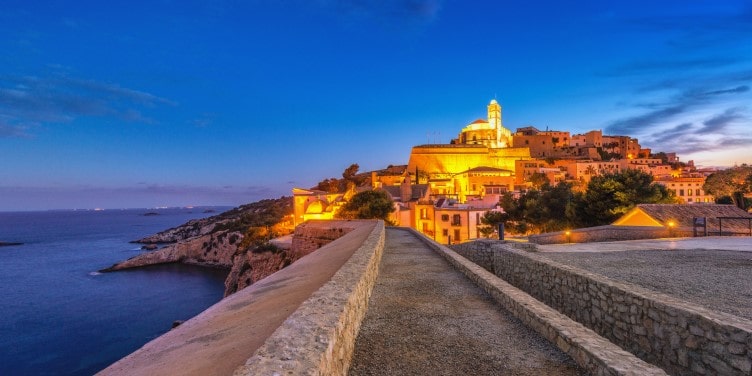 Ibiza Town might be heaving with party goers but don’t dismiss it from your itinerary completely.

Dalt Vila, the UNESCO-listed old town, is worth making the time for – but make sure you strap on some comfortable shoes to navigate its narrow, cobbled streets. Finish your walk at the cathedral, next to which you’ll find a postcard view of the bay.

History lovers might also want to visit the Necròpolis del Puig des Molins, a burial ground dating back to the Phoenicians that’s said to have been the final resting place for some of the wealthiest Carthaginians. It might not be as impressive as Pompeii but it has its share of stories to tell. 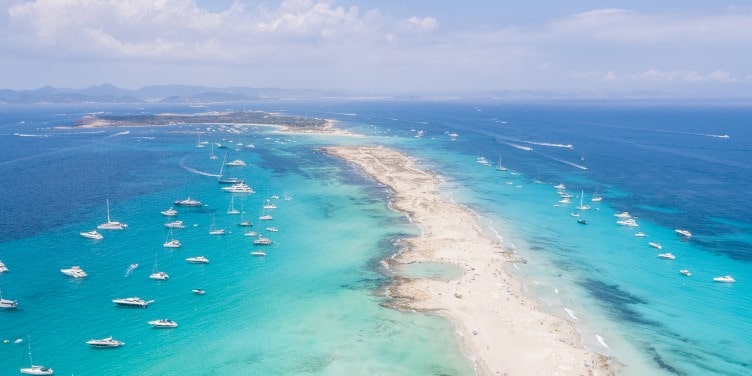 In Formentera, thought of as part of Ibiza by some, is great for seeing wildlife.

Located south of Ibiza, Formentera is the smallest of the four main Balearic Islands. There’s no airport, which means the only way you can get there is by ferry – either from Ibiza or from Denia on the Spanish mainland.

Because of that though, it’s much quieter than some of the bigger islands and it feels much more authentic. And at just over 12 miles at its widest point, it’s ideal for exploring by bike, with some great opportunities to find hidden beaches that overlook turquoise waters reminiscent of the Caribbean.

All of the boats to Formentera dock in La Savina, which also happens to be the ideal starting point for exploring Estany Pudent, a bikeable lake where you can spot flamingoes, storks and several species of migratory birds. Nearby is Ses Salines, the island’s salt flats where salt is still extracted today. 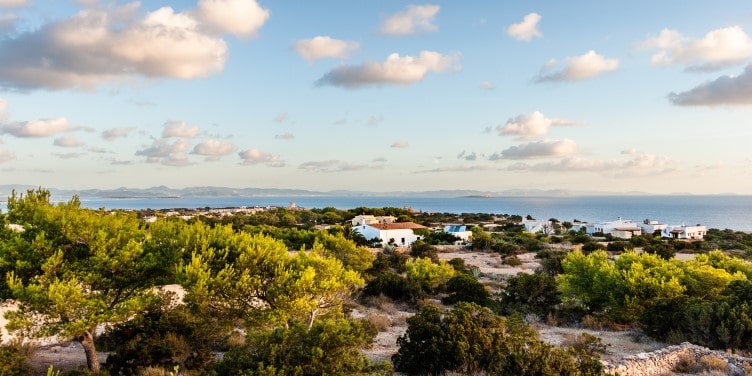 Go further inland and you’ll find the main town of Sant Francesc, home to a popular craft market. Or better yet, travel further east to the traditional fishing village of Es Caló de Sant Agustín, where you can sample the typical produce of the island, peix sec (dried fish), which is used in dishes such as the farmer’s salad and fish stew with potatoes. From there, go on to La Mola, the highest point of the island and where you’ll find its famous lighthouse.

Before you visit Formentera, be sure to download the Formentera365 app. The handy app lists the details of all the businesses and tourist attractions on the island, including the hiking and biking routes. And arm yourself with the Slow Food map showing you where to find the best traditional and native produce on the island.

Ready for your next adventure? Don’t forget your travel insurance for the Balearic Islands.