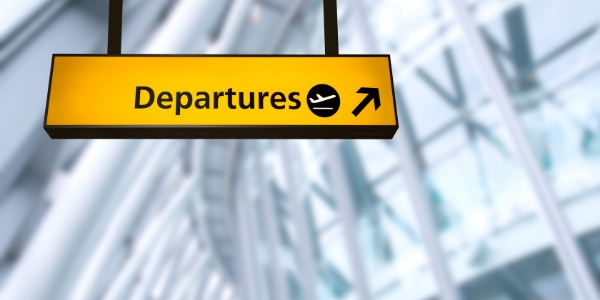 Below, we’ve answered some of the common questions we’ve been asked about how Brexit will affect travel and the cover we offer. We’ve sourced government advice for the most up-to-date information and will update this page as and when we receive new sources of information.

Or you can take a look at our Brexit & Travel Insurance key facts.

What is Brexit and will it affect travel?

Brexit stands for ‘British Exit’ and is the term used to describe the UK’s exit from the European Union (EU).

After much negotiation, an agreement rules that travel between the UK and the EU will remain the same for 11 months after Brexit came to an end on 31 December 2020.

Before travelling we recommend you familiarise yourself with the entry requirements of the country you’re visiting.

Entry requirements will vary but may include proving you have enough money to cover your entire trip, along with the duration of your trip. If you’re looking to travel for more than 90 days, it’s likely you’ll need to apply for a visa.

Will my travel insurance still be valid after Brexit?

If you’re concerned about a specific scenario, then it’s worth checking your policy documents carefully to see what is and isn’t covered by your chosen level of cover.

What will happen if my holiday can’t go ahead because of Brexit?

If your trip can’t go ahead because of Brexit, then it is your travel agent, tour operator’s or airlines responsibility to help resolve the issue.

If you’re worried about your provider cancelling your holiday, or part of your holiday, it’s important to check the terms and conditions from your supplier to make sure you’re aware of what will happen if they cancel your trip.

If you want to change your holiday dates because of Brexit implications, we are happy to change your travel dates as long as the departure date is within at least 18 months of buying your policy. There may be an additional charge if there are any significant changes, such as changing your destination.

Is my holiday to Europe protected for insolvency after Brexit?

If you’ve booked a package holiday to Europe from a UK based business, then your consumer rights and protection will not have changed.

If you’re unsure as to where your package holiday provider is based, it’s worth checking their terms and conditions to see the level of insolvency cover that they will offer after Brexit.

There is a risk that if you booked a holiday before Brexit, that any protection for the collapse of the EU business will no longer apply to UK consumers once we leave the EU. In this case, if an EU business became insolvent, the protection for UK travellers would depend on the law of the country concerned (1).

If you’re worried about this happening you will only be eligible to claim against your travel insurance for insolvency if you’re covered for End Supplier Failure. On Staysure policies, this is included as standard in a Comprehensive policy.

Will I be able to drive in Europe after Brexit?

You can still drive in Europe, but you’ll need to make sure you take a ‘green card’ with you. This card is proof that you are insured to drive abroad.

Your car insurance provider will be able to send you a green card, but just make sure you ask well in advance as it can take up to 6 weeks to arrive. Also, don’t forget a GB sticker for the back of your car.

Will passports be valid after Brexit?

Your current passport will remain valid, just as long as it’s less than 10 years old and it has six months left before it runs out. The six month rule will not apply for trips to Ireland as it is part of the Common Travel Area.

The government discourages people from booking holidays if their passport has expired as passport numbers will change under the new system. It can also take up to 3 weeks to renew a passport using the online system.

What changes will be made to British passports after Brexit?

All new passports issued after Brexit will no longer be burgundy in colour, but dark blue instead. ‘European Union’ has also been removed from the front cover and the first page. As well as re-introducing the dark blue cover, the Government also used Brexit as an opportunity to update security.

Immigration Minister Brandon Lewis said: “It will be one of the most secure travel documents in the world, with a raft of new security measures to protect against fraud and forgery.”

How will the free movement across Europe change for Brits after Brexit?

Free movement to and from Europe for British travellers ceased 1 January of this year.

Changes may be noticeable at border control where you may now have to:

Will I need a visa to travel to Europe after Brexit?

You’ll be able to stay as a tourist in most EU countries, Iceland, Liechtenstein, Norway and Switzerland without a visa for up to 90 days in any 180-day period.

If you’re travelling to Bulgaria, Croatia, Cyprus or Romania the rules are slightly different. If you visit these countries, visits to other EU countries don’t count towards the 90 day total.

You may need a visa or permit to stay for longer for work or study, or for business travel. You can visit the gov.uk website for more information.

Will I be able to use EHIC after Brexit?

Like the EHIC, the GHIC covers you for treatment at state-run hospitals and GPs (not private), at a reduced cost or for free, when travelling in the EU. But it does not include cover for travel to Iceland, Liechtenstein, Norway or Switzerland

It’s worth adding that some UK residents may still be able to apply for a EHIC. This includes British State Pensioners who live in the EU and their families as well as EU nationals who are normally residents in the UK. You can find out more on the gov.uk website.

Will I be charged for mobile roaming for travel to Europe after Brexit?

The UK’s trade deal did not rule out any additional costs for British holidaymakers using their phones abroad. So, while the biggest UK operators have said there are no plans to reintroduce roaming charges, it’s recommended that you check roaming charges before you travel.

Will cruises or ferries be affected by Brexit?

Cruises and ferries should be largely unaffected in terms of cancellations that could be caused by Brexit as they are operated under international maritime law rather than European regulations. Some changes may be noticeable at ports due to extra security checks.