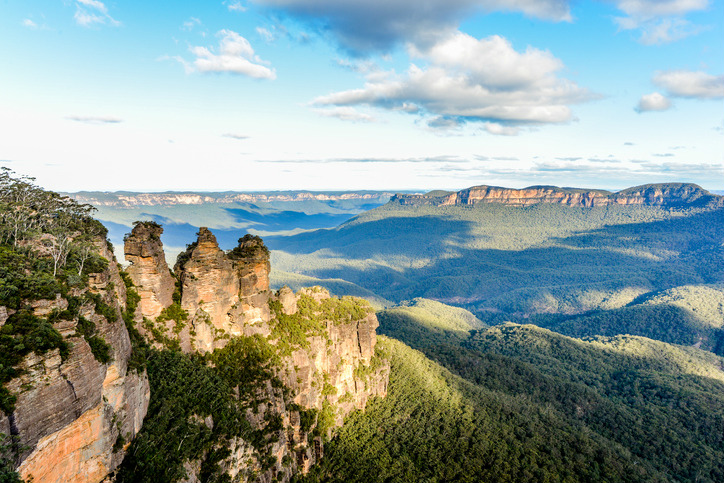 Looking to get away from it all to nature’s most unique and untouched places? From lush jungles, colourful coral reefs and sprawling savannahs to fabulous fjords and giant glaciers, the world still offers plenty of natural wonder.

If you are a nature-loving traveller wondering where to find ecotourism at its purest and wildest, let us help. We have earmarked five regions which encompass some of the world’s most distinctive ecosystems. In our choice, we have been careful to select only those places with a local commitment to maintaining them through sustainable tourism.

So here goes – our choice of the planet’s most spectacular ecotourism destinations:

Designated a UNESCO World Heritage site since 2000, the Greater Blue Mountains of Australia are a popular destination for ecotourism and make a refreshing break from the city buzz of Sydney, a mere 90 minutes’ drive away. Not only popular among the Sydney eco-friendly crowd, the Blue Mountains could also make your Australia trip that much more exciting.

The Mountains are so named for the blue colour of the eucalyptus oil produced by the region’s native trees. They cover some 1,425 square kilometres of swamps, valleys, rocky outcrops and canyons, all topped by incredible vantage points from which to marvel at Australia’s beauty.

Several national parks and reserves cover the Blue Mountains area, hosting a multitude of trails and taking you through breath-taking terrain packed with unique flora and fauna. Look out for the ancient Wollemi pine, one of the world’s rarest species, and some 400 species of wildlife, including the emblematic koala. Adventurous travellers come here to go bushwalking, canoeing and horse riding in the wilds. And of course, the prospect of relaxing in a lodge or cabin and breathing in the fresh mountain air at one of the many eco-resorts can be equally enticing. 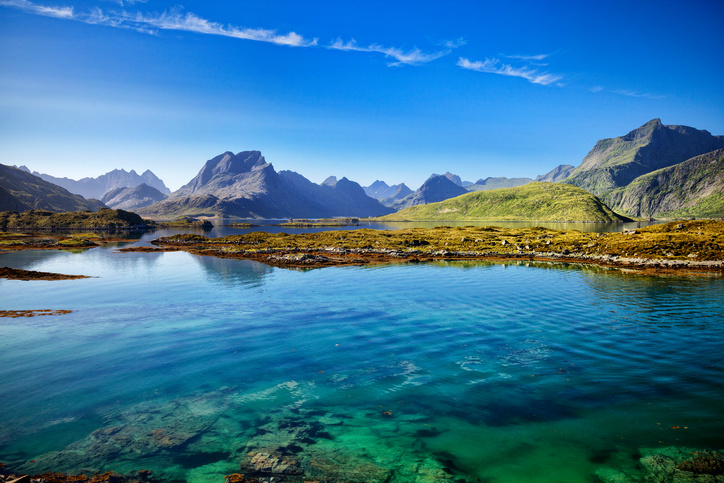 Strict environmental regulations and a remote location have helped preserve the pristine beauty of Norway’s famous fjords. As an international leader in environmental policy, Norway is dedicated to protecting its unique coastline with carefully regulated fishing and petroleum industries.

In terms of holiday experiences, get ready for the wonders of snow-capped mountains, plummeting waterfalls, and crystal-clear waters and glaciers. The fjords are so profoundly beautiful and unique that many people rate them as the most epic landscapes on the planet.

The fjords and glaciers are heaven for hiking and biking over the rugged terrain. One of the most awesome sights in the fjords region isn’t actually a fjord at all: the Jostedalsbreen icecap which covers an ever-shrinking 487 square kilometres is 600 metres thick in places making it the largest glacier on mainland Europe. More leisurely travellers enjoy scenic boat rides which weave peacefully through the towering fjords – don’t miss a chug along the UNESCO-listed Geirangerfjord, which must rank as one of the world’s most glorious ferry journeys. 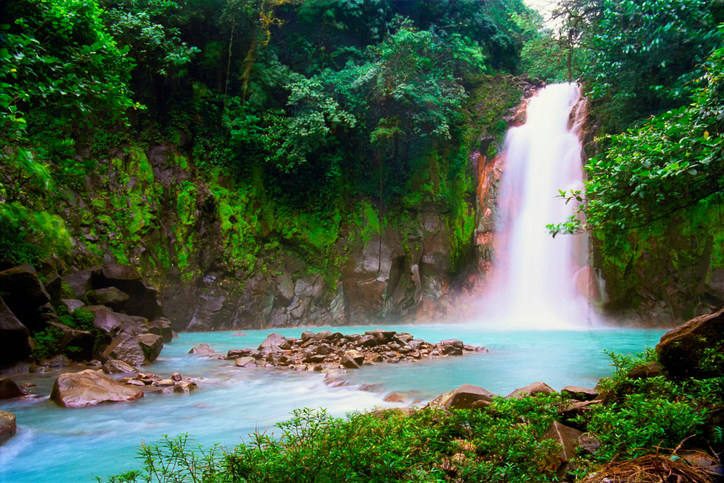 Over a quarter of Costa Rica enjoys some form of environmental protection; what’s more, there’s greater biodiversity on the Costa Rica than in Europe and the USA combined.

Costa Ricans welcome visitors who sink into the easy-going pura vida (pure life), the catchy motto and greeting, farewell and enduring mantra which lies at the heart of Costa Rica’s appeal reflecting the people’s profound ability to relax and enjoy themselves. With the highest quality of life in Central America and perfect waves, sunsets and beaches, it is pura vida indeed. And given its diminutive size, you can plan a relatively short trip that includes it all. 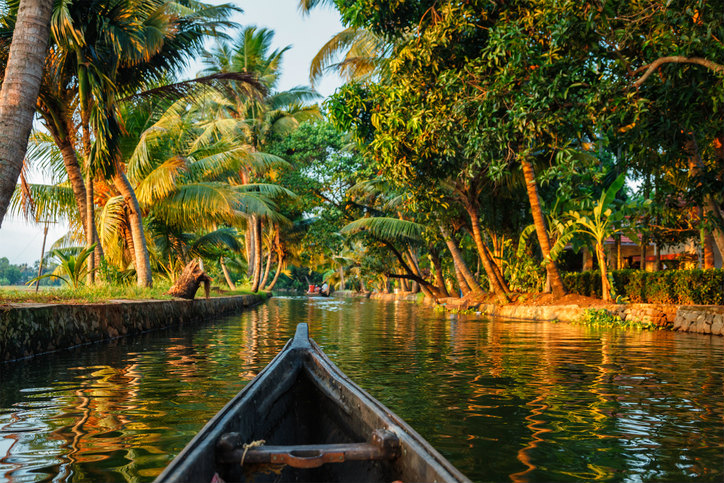 Often referred to as ‘God’s Own Country’, south western India’s small state of Kerala is home to 600 kilometres of pristine beaches of the Arabian Sea, along with lush virgin forests and a glistening array of quiet backwaters. In the past, Kerala’s ecosystems were threatened by excessive forest clearing but today most of Kerala’s forests are protected, while tourist officials are encouraging environmentally responsible travel to the area.

This is one of India’s most unspoiled corners and home to hundreds of unique animal species plus almost 25 per cent of the country’s entire 10,000 plant species. Look out for the endangered mountain goat, nilgiri tahr, which thrives in national parks of Eravikulam and Rajamala, while bison, elephants and wild boar roam freely in the Lake Periyar Wildlife Sanctuary. Parambikulam Tiger Reserve is possibly the most protected environment in south India with its 285 square kilometres of Rudyard Kipling-style storybook scenery. Wildlife-spotting opportunities abound and you’ll find fewer tourists here than in other reserves like Periyar – spy the tigers along with elephants, bison, sloths, crocodiles, panthers and some of the biggest teak trees in Asia. 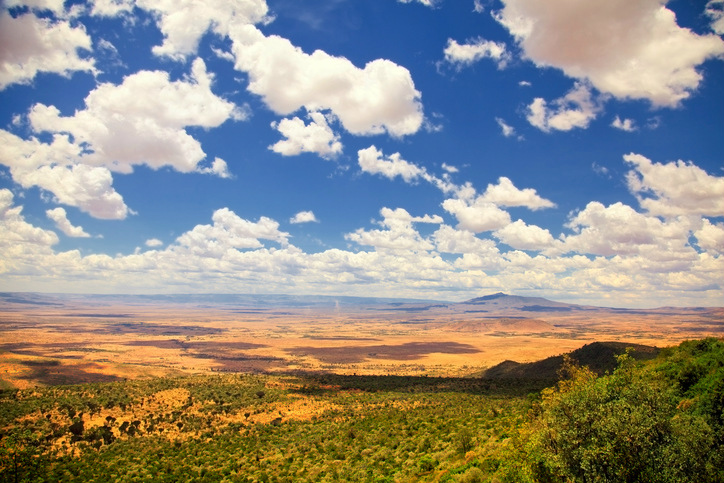 Tourism in Kenya proceeds under the vigilant eye of Ecotourism Kenya, which protects the local ecology through community outreach, including numerous conservation and educational projects. The organisation gives environmental ratings to all the lodges throughout Kenya to help keep standards in check. Meanwhile, Kenya pioneered the use of armed rangers to protect elephants and rhinos during the poaching holocaust of the 1970s and 1980s, now enabling the species to regenerate as nature intended.

Kenya is the perfect place to respond to Africa’s call of the wild. Best known for its wide savannas teeming with herds of wildlife, most travellers are unaware that the nation is also home to magnificent snow-capped mountains, lakes, rainforests and beaches, each with its unique wildlife and ecosystem.

The country’s incredible natural diversity is protected within around 50 national parks and reserves across the country. Highlights include the virgin rainforests of the Kakamega Forest Reserve and wildebeests migrating to the Masai Mara National Reserve every July and August. An exploration of Mount Kenya National Park (a UNESCO heritage site and biosphere reserve) will have you on Africa’s second highest mountain, just minutes from the equator. On the coast, you can walk across pristine, white beaches or go diving or snorkelling amid the colourful coral reefs of the Indian Ocean.

If you’re about to head out for a sustainable holiday, consider your options for international travel insurance.