A momentous city filled with tales of emperors and uprisings, Beijing just can’t be missed from your travels in China. Ancient history and contemporary architecture blend effortlessly while world-class restaurants and an excellent subway system only add to the pleasure of your trip.

If you’re planning a visit to Beijing, get ready for some serious sightseeing. Here’s a brief guide to what to see and do: 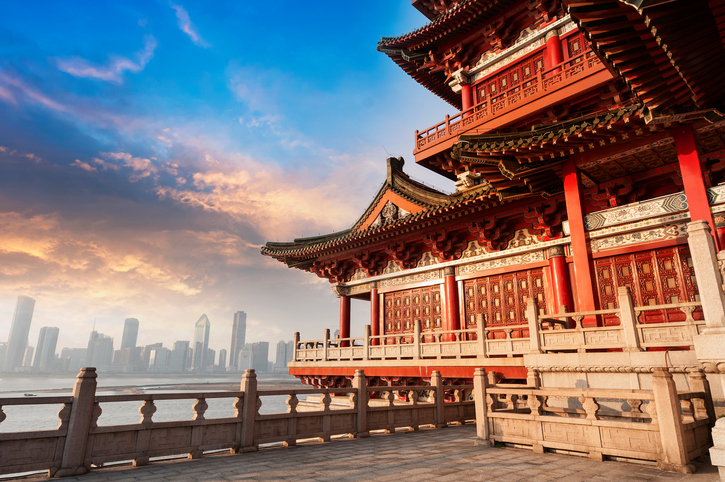 This momentous square is the perfect place to start exploring Beijing. Tiananmen Square is where Mao Zedong announced the foundation of the People’s Republic, while it is often also remembered for the student pro-democracy protests in 1989. The world’s largest public square is an impressive sight to behold along with its Communist buildings and the impressive gateway to the Forbidden City. Next to the square, you can visit the Chairman Mao Memorial Hall where Mao Zedong’s preserved body is on display. 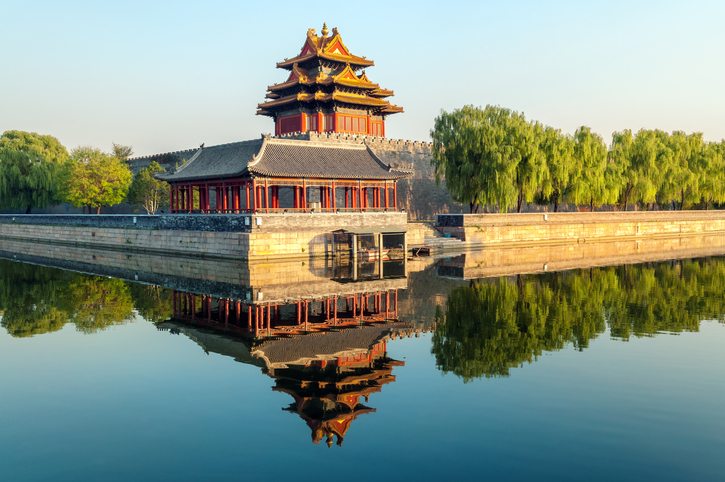 Surrounded by a 52 metre-wide moat, the Forbidden City in the heart of Běijīng is China’s largest and best-preserved complex of ancient buildings, as well as the largest palace in the world.

Why “Forbidden”? It was off limits for 500 years, due to strict regal rituals and Byzantine protocol. This mystical palace housed two dynasties of imperial rule until the Republic took over in 1912 and overthrew the last Qing emperor. Today it’s a UNESCO World Heritage Site, open for visits daily in July and August. You will be treated to a magical network of courtyards, pavilions, gardens and palaces behind the City’s fortified walls. And make sure you have a look around the Palace Museum with its extensive collection of artwork and artefacts from the imperial collections of the Ming and Qing dynasties. 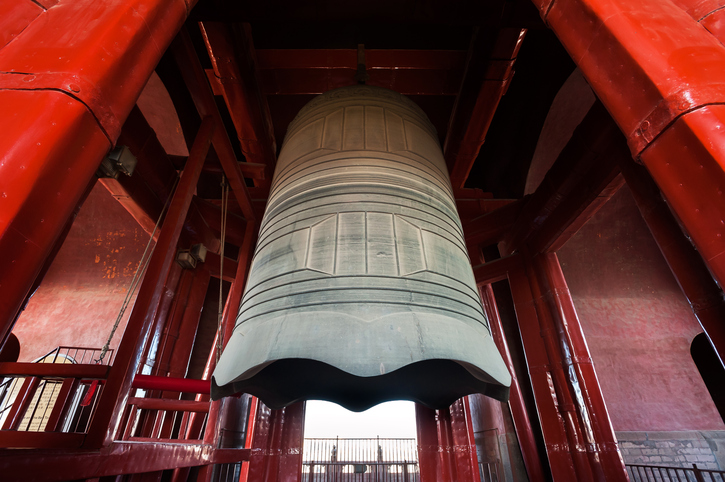 The 13th century Drum Tower and adjacent Bell Tower built in 1420 once served as Beijing’s official time markers, alerting the city’s population to curfews when it was under siege. During the Han Dynasty (206 BC-220), there was ‘a morning bell and a dusk drum’ and this set a precedent in China; drum and bell towers were henceforth constructed in almost every city. The strikingly different towers still contain the original drums and bells and you can climb both of them to admire the city below.

These alleyways take meandering through city streets to a whole new level. Centuries-old alleyways wind through the historic courtyard homes (siheyuan) and wind their way behind big, red wooden doorways. Many siheyuan are split into smaller, less uniformed homes, creating a unique ramshackle charm so typical of this part of Beijing. Several hutongs were destroyed due to modernisation but in some areas they have survived, particularly around Nanluoguxiang in Dongcheng, the Drum and Bell Towers and near Houhai Lake. 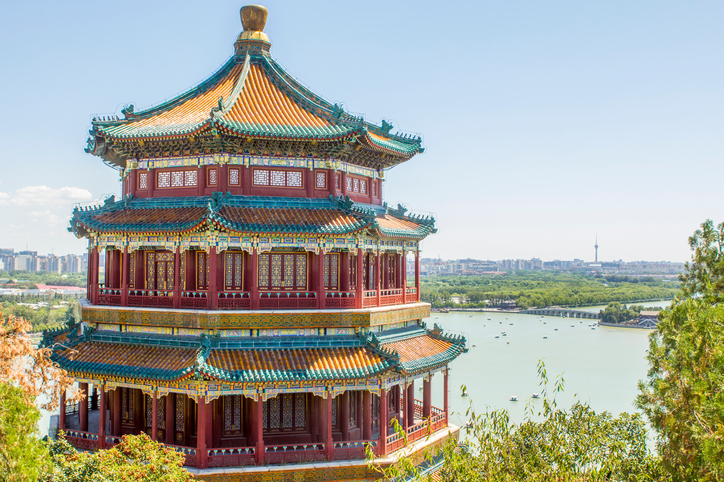 Beijing’s elaborate UNESCO-listed Summer Palace was once used by the royals as an escape from the heat of the city. The beautifully restored former imperial residences sit majestically amid magnificent gardens on the shores of Kunming Lake, which is dotted with small islands, pretty bridges and a marble boat which was once used as a teahouse. Not all the buildings are open to the public, but many are, while others embellish the park with their architecture, nestling elegantly into the landscape. Longevity Hill hugs the lake and features several spectacular pagodas and pavilions.

Mingle with the locals as they fly their kites and practise tai chi in this, the largest imperial park in Beijing. Here you will also find the Temple of Heaven complex on the Hall of Prayer for Good Harvests, an exquisite tiered temple where the emperor used to ask the gods for good harvests. Opposite the Hall of Prayer, you will find the Circular Mound Altar where the emperor prayed for fair weather. 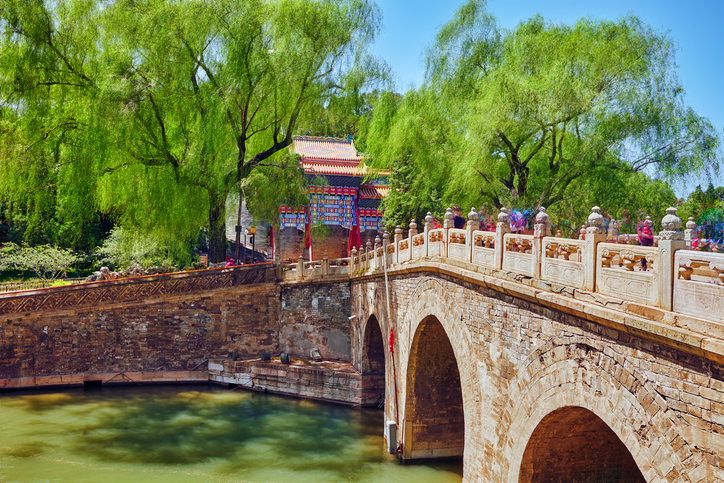 When you’d looking for an escape from the rush of the city, Beihai Lake in Beihai Park is ideal for boating in summer and ice skating in winter. The Park was an imperial garden first built in the 11th century. The popular Jade Flowering Island (Qiong Hua Island) sits on the southern end of the lake – get there via the arched marble bridge and marvel at the Tibetan Buddhist shrine and the Temle of Eternal Peace.

Meet China’s iconic giant pandas living in this, the oldest zoo in the Asia Pacific region. It is also home to over 600 species of animals, some of the more unusual being golden monkeys from Sichuan, snow leopards from Tibet and tigers from Manchuria. The zoo grounds were once a private garden during the Qing dynasty, but were later made into an experimental farm and menagerie, and now feature man-made hills and state-of-the-art housing and enclosures. Beijing Zoo has been open to view since 1908, but was destroyed during the Japanese occupation (1937-1945), reopening in 1950. The spectacular Beijing Aquarium sits at the northern limits of the zoo and is the biggest inland aquarium in Asia. 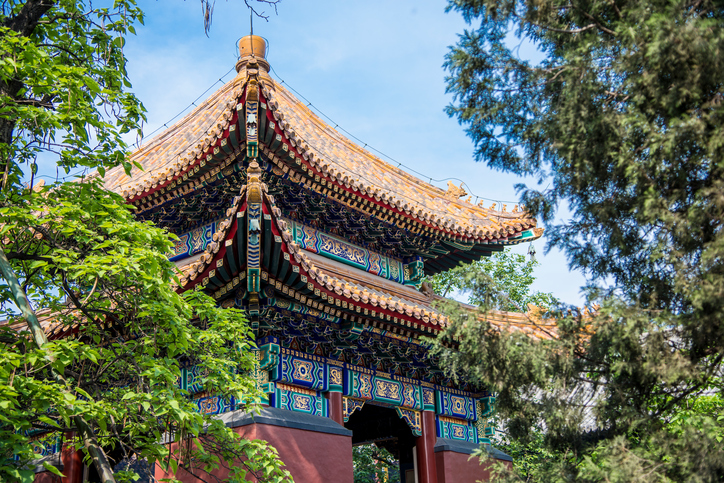 This glittering temple was built in the 17th century as a centre of learning for the Yellow Hat sect of Tibetan Buddhism. Today it is home to a community of around 70 monks as well as being a popular tourist attraction and a centre for pilgrimage. Inside you will find a series of grand halls covered in exquisite woodcarvings and decorative tiles. Don’t miss the stunning 18 metre-high statue of Maitreya, the future Buddha, carved from one sandalwood tree.