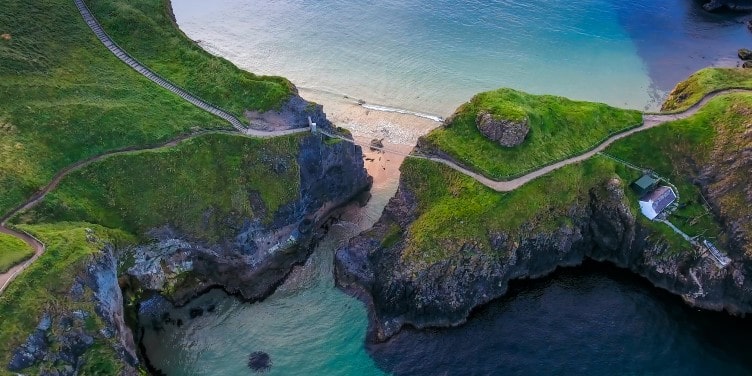 With culture-packed cities, grand country house hotels and a wealth of natural wonders, Northern Ireland may well be Britain’s most underrated holiday destination.

Our guide highlights the best things to see and do on your next trip.

Belfast has bloomed in recent years into a fantastic destination for a short break. Heaps of  restaurants, coffee shops, and bars have opened across the city. Many can be found in the buzzy Cathedral Quarter, along with plenty of traditional Irish pubs.

Simply unmissable is the Titanic Quarter and museum which celebrate the city’s famous ship.

There are many other cultural highlights too — from the Ulster Museum to tours of the city’s colourful street art.

Derry-Londonderry has plenty of sights too, from well-preserved medieval city walls, to the famous political murals and Museum of Free Derry at Bogside. 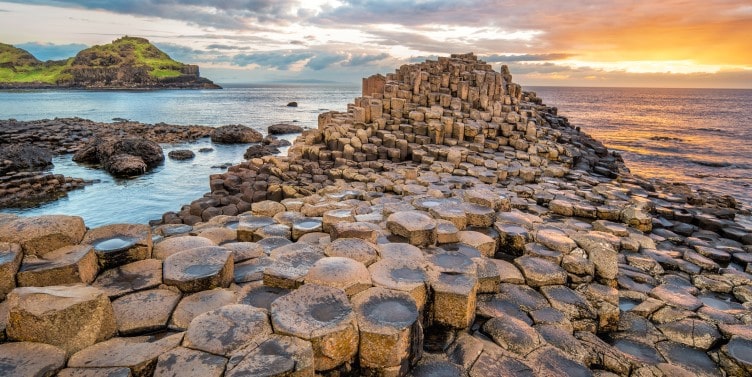 But there’s much more to Northern Ireland than cities. One of the region’s highlights is the breathtaking coastline, with its many quaint villages and Blue Flag beaches.

The 120-mile Causeway Coastal Route is a scenic drive along the north coast, which takes between three and six days to complete, passing pretty seaside towns, clifftop castles, and long sandy beaches along the way.

One of the route’s highlights is the Giant’s Causeway, a 60-million-year-old rock formation on the edge of the sea. According to legend, it was built by giant Finn MacCumhaill so he could reach Scotland and settle a score with a rival giant. Managed by the National Trust, there’s a visitor centre, café, and lovely walks in the wildlife-rich surrounds.

Spread along the route are old villages with harbours full of fishing boats and plenty of pubs and restaurants serving fresh seafood.  The villages of Carnlough, Glenarm, and Ballintoy serve as great little pit-stops, along with Portbradden, a tiny hamlet sandwiched between two cliffs.

The food scene in Northern Ireland has boomed in recent years. In Belfast, Michelin-starred restaurants like Ox and Eipic have put the city firmly on the foodie map, and many country house hotels have followed suit, boasting excellent fine dining options too.

If you like the sound of meandering through the countryside sampling artisan foods, locally-grown produce and fresh fish along the way, there are several slow food routes around Derry and the Causeway Coast.

And lastly, no trip to Ireland would be complete without a dram or two of Irish whiskey. Luckily, the Bushmills Distillery in County Antrim — the oldest whiskey distillery in the world — offers tours and tastings. 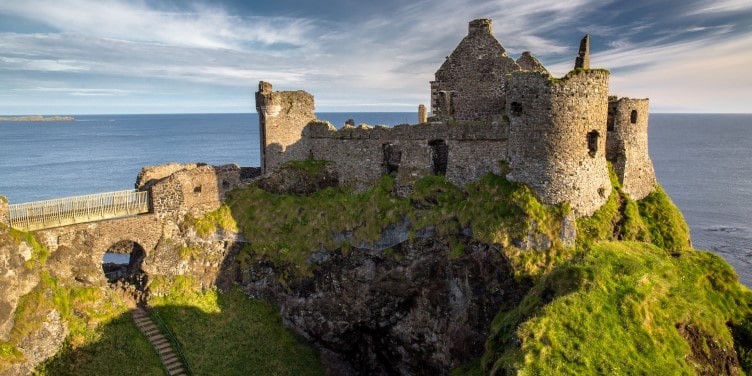 Northern Ireland has been inhabited for at least 12,000 years. For a glimpse of its ancient history, plan a trip to the mystical Beaghmore Stone Circles, a series of neolithic stone circles and cairns in Davagh Forest in Omagh.

The last eight hundred or so years can be traced through its castles and country houses. Norman Carrickfergus Castle is one of the oldest, while Dunluce Castle, perched on the edge of a cliff on the Antrim coast, is the most wild and romantic.

If you’re intrigued by the history of Saint Patrick, the 82-mile Saint Patrick’s Way passes through some of the most important sites during his life. The road trip concludes at Down Cathedral in Downpatrick, where the patron saint is buried.

The scenery of Northern Ireland formed the backdrop for the epic battles and journeys in the wildly popular TV series Game of Thrones.

One of the most well-known locations is The Dark Hedges in Antrim, an avenue of two centuries-old beech trees leading to historic Gracehill House, which became Kingsroad in the series. Another is Tollymore Forest Park in County Down, an enchanting place with river trails, waterfalls, bluebell woods and a 270-year-old arboretum.

If you’re a fan of the series, there are plenty of guided tours that leave from Belfast. Or, if you’d rather see the sights at your own pace you can take a self-guided driving tour. 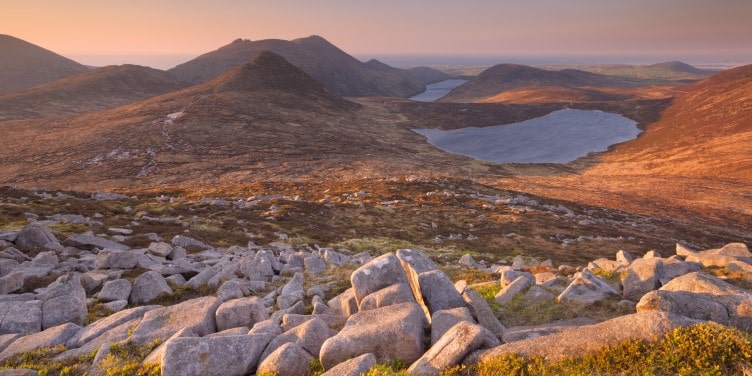 With tremendous loughs, glens, and two mountain ranges, Northern Ireland has many stirring landscapes waiting to be explored.

Sweeping inland from the sea between Newcastle and Rostrevor, the Mourne Mountains are a hiker’s delight, featuring 14 peaks above 2,000ft dotted with lakes and reservoirs. Conquer the highest, Slieve Donard for views spanning as far as Belfast and Dublin.

Wilder and less busy with hikers are the Sperrins, near Londonderry, part of a bucolic landscape of high hills, crags and valleys that fuelled poet Seamus Heaney’s imagination as a child.

If you prefer your hikes with views of the sea, the section of the long-distance Ulster Way between Ballycastle and Portstewart passes through some fantastic coastal scenery.

Northern Ireland is home to Loch Neagh, the largest lake in the British Isles which is an excellent place to try your hand at sailing. If you’d rather take to the water in a kayak or canoe, visit the lovely Gortin Glen Lake outside Omagh, with their forested shorelines and mountain vistas, it’s definitely worth seeking out.

Game fishermen might also want to visit Lough Neagh — the lake is full of salmon and trout — and is one place where traditional wild eel fishing still takes place. Angling in the lough and surrounding rivers is permitted with an inexpensive license.

Lough Erne, a tranquil, island-filled lake in County Fermanagh is another fantastic location for anglers, where you can catch wild brown trout and giant pike. The lough shores are dotted with cosy fishing lodges offering great food, accommodation and boat hire.

For golf lovers, Northern Ireland is a bucket-list destination. The several world-class courses include 132-year-old Royal County Down, set amid the sand dunes, gorse and heather of Murlough Nature Reserve. While Royal Portrush overlooks the crashing waves of the Atlantic, Portstewart in County Londonderry is another historic club in a fabulous coastal setting. 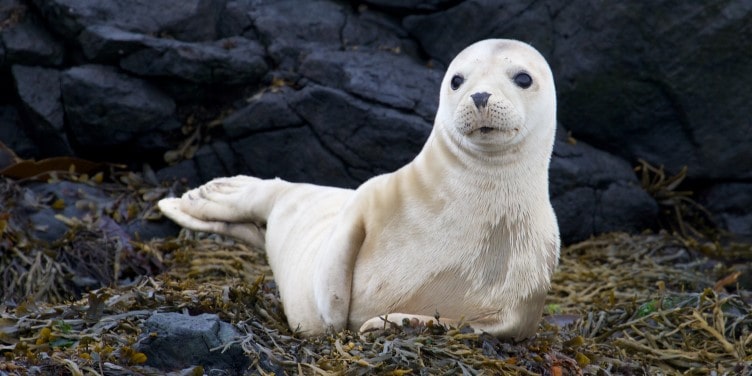 Keen twitchers should take the ferry from Ballycastle to wild, undeveloped Rathlin Island. The western end of the island is home to an important RSPB nature reserve and seabird centre, where, in late Spring and Summer you can see thousands of puffins, guillemots and kittiwakes nesting on the cliffs. Dolphins and seals inhabit the seas, and on walks along the clifftops buzzards and peregrines circle overhead.