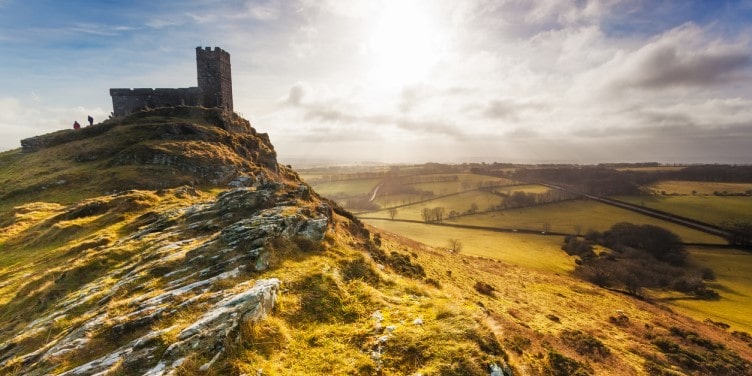 Many of us will be staying close to home this summer, with foreign travel still more of a dream than a reality. But Britain certainly boasts enough of its own dream-worthy landscapes and awe-inspiring locations to offer unforgettable experiences.

With summer holidays being more on the doorstep than in some far-flung destination this year, British hotspots could be busier than ever. As a result, finding a quiet place may prove to be more challenging than usual.

But we’ve done all the hard work for you, as we guide you through some of our favourite wild spots to visit in Britain. Places you can truly get away from it all and appreciate the wonderful peace and beauty of nature.

Dartmoor National Park is a picturesque patchwork of moorland comprising wetlands, rivers, valleys and forests in southern Devon. Largely untamed, ponies roam the rugged landscapes that are also home to famous features such as the tors, Dartmoor Prison and Bronze Age archaeological remains. Other animals found on Dartmoor include the otter, dormouse, several species of bat, and rare species such as the marsh fritillary butterfly and southern damselfly.

Enjoy strolls along the peaceful banks of beautiful rivers, such as the Bovey and the Teign. If you’re an adventurous type, the wild, open moorland offers more of a challenge. History fans will be just as delighted as ramblers and nature lovers, with over 10,000 ancient sites dotted across the moors. 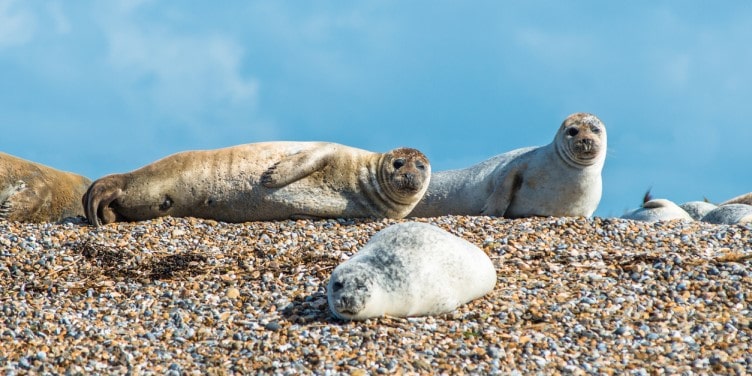 Situated between the villages of Blakeney, Morston and Cley next the Sea on the north Norfolk coast is wild Blakeney National Nature Reserve. Undoubtedly, the main draw for visitors to this reserve that lies within an Area of Outstanding Natural Beauty is its grey seal colony. Seal boat trips run from Morston Quay over to Blakeney Point, a four-mile long sand and shingle spit. Be sure you pack your binoculars and camera, as viewing the seals is done from the boat.

This reserve of vast, open spaces also includes salt marshes, sand dunes, tidal mudflats and farmland. Stiffkey Saltmarshes are a haven for all sorts of wildlife, including breeding birds. To reach this scenic area, follow the lovely coastal path from Blakeney. Sights you’ll pass on the walk there include salt marshes, fields, Morston Quay and Stiffkey Freshes. 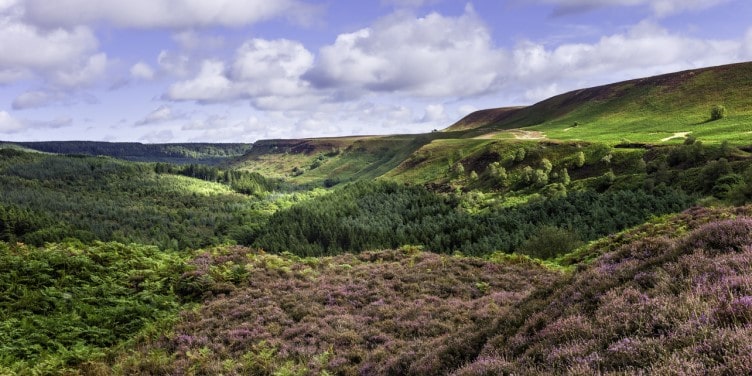 Escape the crowds to over 1,400 miles of natural beauty that make up the picturesque and diverse North York Moors. This upland area in north-eastern Yorkshire is home to one of the largest expanses of heather moorland in the UK.

Other gems in its landscape crown include pine forests, lush hills and miles of pretty coastline, with paths offering wonderful long walks in the fresh air. If you’re feeling active, hire bikes to explore further afield on two wheels. 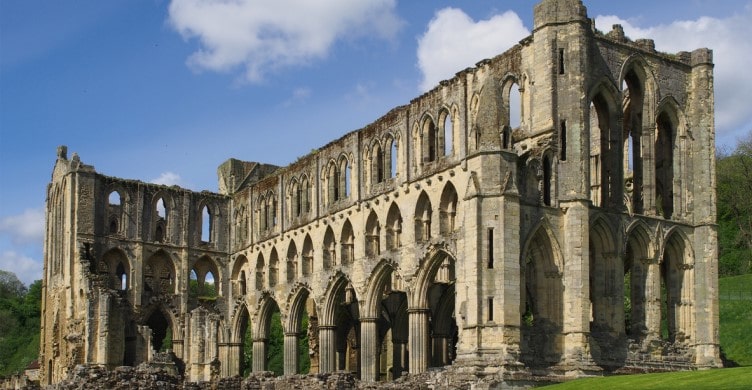 Dotted across the North York Moors are quaint villages and ruins of historic abbeys. Under big skies take in views from beauty spots such as the secluded Rievaulx Abbey and the limestone ridge known as Caulkeys Bank.

Dunwich Heath on the Suffolk coast is a tucked-away area of coastal lowland heath just south of the village of Dunwich. And it offers a stunning array of dramatic natural scenes to explore. Lying next to RSPB Minsmere, the area is also home to a diverse range of wildlife, including the Dartford warbler, ant-lion, woodlark and adder.

Recharge your batteries with peaceful walks through the woodland of Dunwich Heath, with Dunwich Beach on the other side of the heath’s dunes and lagoons. Dogs are welcome in both areas. Stroll along the quiet sand and shingle stretch while soaking up the remote beauty and ever-changing views of the coastal landscape. 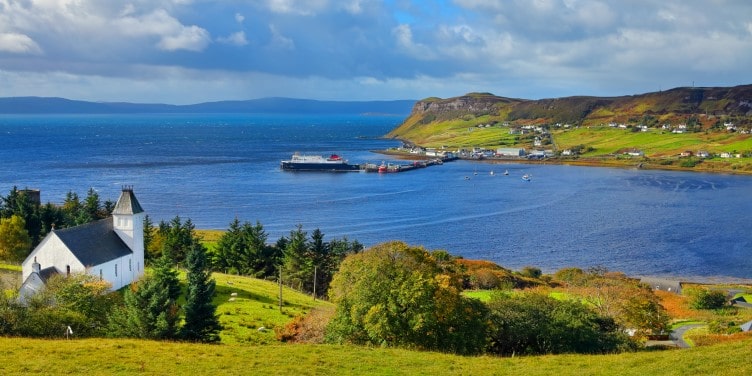 The Isle of Skye is the largest island of the Inner Hebrides and is all rugged crags and dramatic cliffs. One particularly charming village is Uig, which is home to the magical Fairy Glen. This area above the village is a landscape of its very own and looks like a miniature version of the island.

Grassy hills, tiny, tree-dotted valleys and lochans (ponds) all work together to create such an unusual location that it became known as the Fairy Glen. Despite having no known fairy-related legends or stories attached to it. In a low cliff behind the basalt-topped hill known as Castle Ewan is a small cave. It’s said that pressing coins into cracks in the rock here will bring good luck! 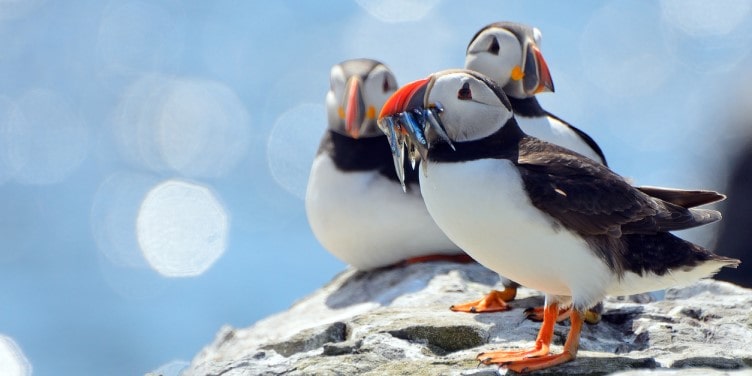 Reached by boat only, it’s no surprise that the Farne Islands, just off the Northumberland coast, were home to monks and hermits in medieval times. This group of 15-20 islands have a raw, ragged beauty and have been little touched by time with no permanent inhabitants.

The tiny 14th-century Chapel of St Cuthbert still survives on Inner Farne, which you can visit when taking a break from puffin, dolphin and seal-spotting. Wildlife boat trips run from Seahouses harbour on the Northumberland coast to the Farne Islands between March and October and take around two hours.

Deep in the Shropshire countryside is the wild heathland of the Long Mynd with its abundance of wildlife and stunning views of the Shropshire Hills. Here the landscape is wonderfully untouched and quiet.

It’s the perfect place for leisurely walks, with miles of paths for all abilities. There’s the gentle New Pool Hollow walk, which starts from Carding Mill Valley at the heart of the Long Mynd. Stroll past mill ponds and up to the reservoir bank in around 30 minutes.

Other easy-to-moderate trails include the Lightspout Waterfall walk, and The Pipe Walk. The latter being the route of the Victorian pipe that used to carry water from the top of the valley. If you’re up for a challenge, tackle more rugged routes to the top of the hill, such as The Burway Loop and the Ratlinghope Ramble. 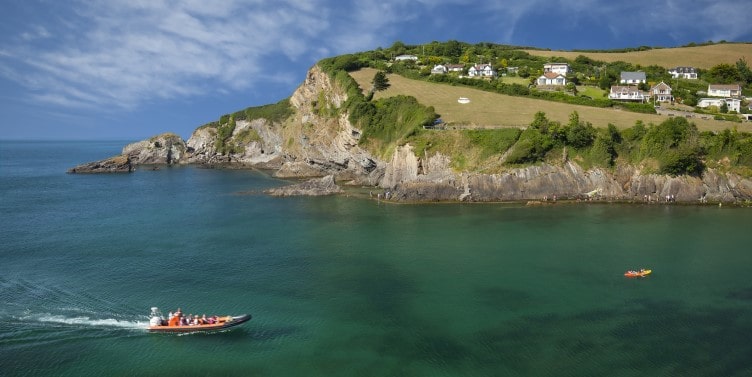 Surprisingly accessible from many Devon towns, such as Barnstaple and Tiverton, Exmoor is a remote National Park with a wild and romantic side.

Exmoor boasts 267 square miles of open moorland, woodland, coast, valleys and meandering rivers. You could get lost in your imagination in this diverse and dramatic part of Devon. Something that Romantic poets such as Wordsworth, Coleridge and Shelley did when the landscapes lended them creative inspiration.

Walking trails range from the short to the lengthy, with chances to spot the large herds of red deer and wild ponies that call the National Park their home. And if it’s history you’re into, you’ll love stumbling coming across the ancient stone circles and ruins that dot the land. 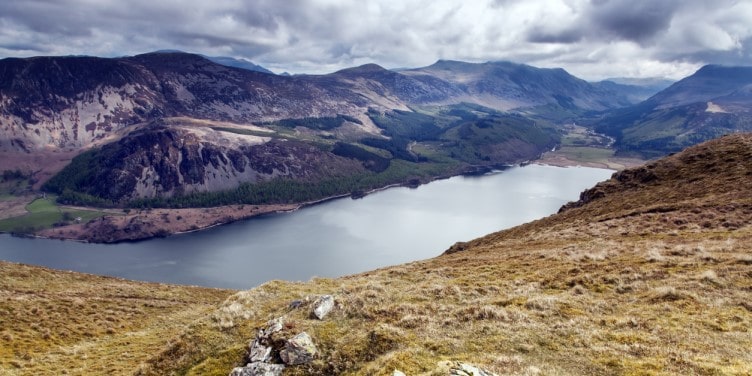 In the north western corner of the Lake District National Park is secluded Ennerdale Valley, home to Ennerdale Forest and Ennerdale Lake. It’s some distance from more-popular spots such as Ullswater and Grasmere and rarely ever busy, making it a tranquil area to roam at your leisure.

There are more than 20 miles of forest road, with beautiful walks through the trees starting from Ennerdale village. Some of these take you high into the valley, where views over Wasdale and Buttermere can be soaked up in total peace and quiet.