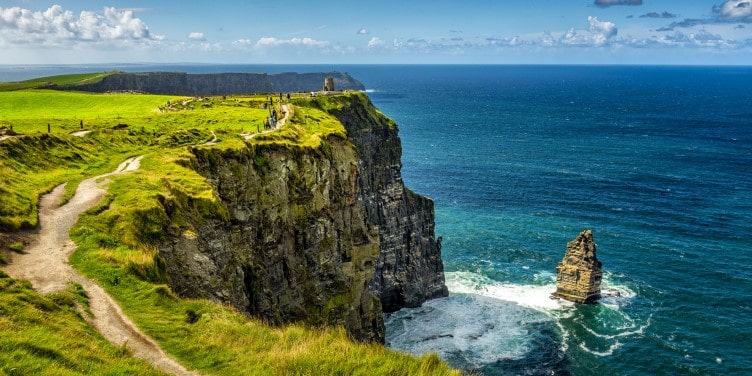 Arguably one of the most welcoming and friendly places to visit, Ireland is packed with majestic history, a vibrant culture and outstanding natural beauty. For a relatively small island, there’s actually a lot to see and do.

If you’re finding it difficult to whittle down your Emerald Isle bucket-list, here’s our guide to the most beautiful places to visit on your next trip. 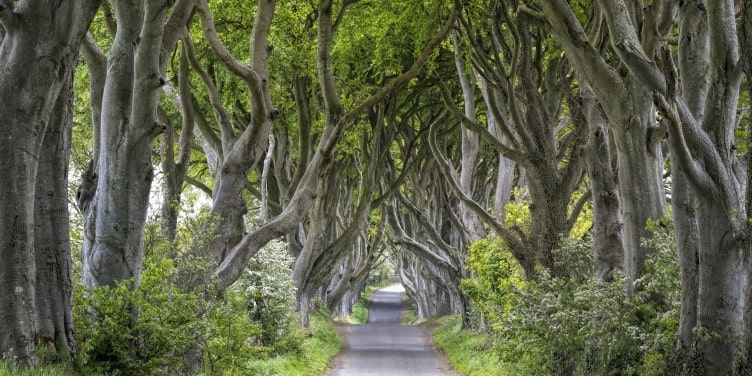 What started off as an innocent bit of landscaping by the Stuart family in the 18th century has turned into one of the most photographed roads in Northern Ireland.

The Dark Hedges, also known as the King’s Road from Game of Thrones, is a dramatic, spooky passageway that is visited by millions each year. Oh, and it’s rumoured to be haunted! 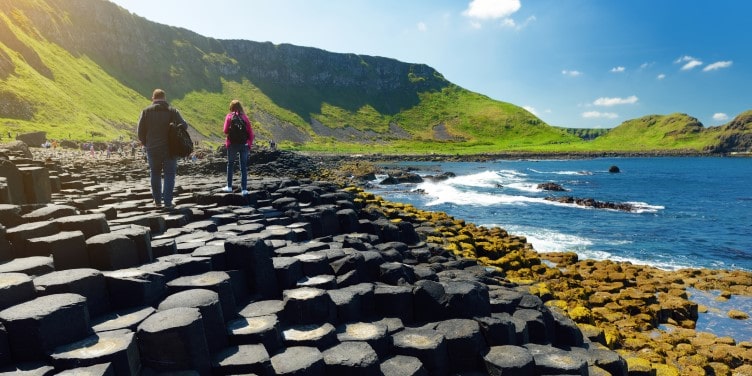 A truly spectacular sight in person, the Giants Causeway is made up of 40,000 hexagonal columns of basalt, that stick out from the sea like stepping stones.

Geologists put it down to volcanic activity that took place 50-60 million years ago, but some locals believe it’s the remains of an Irish giant’s pathway to Scotland. 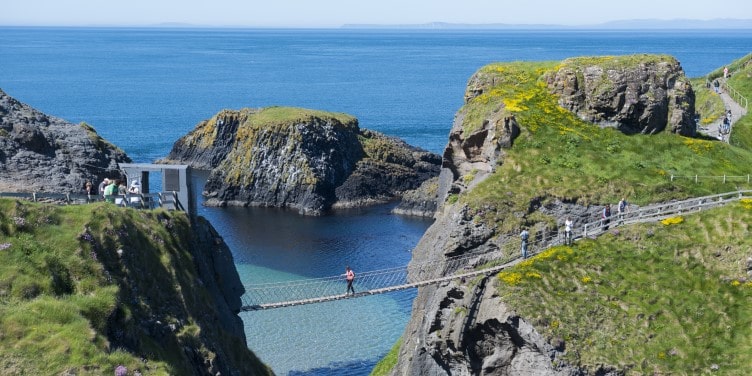 A rope bridge at Carrick-a-Rede was first built by salmon fishermen more than 250 years ago. The bridge is suspended almost 100ft above water and rocks below. On a clear day you can see all the way to Rathlin Island and the coast of Scotland. 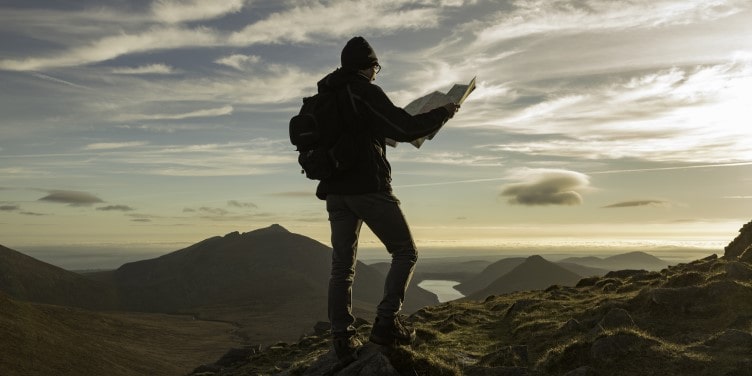 If you’re spending more than just a few days in Ireland, be sure to spend one hiking through the hills of the dramatic Mourne Mountains. The winding paths and tracks are not for the faint-hearted, but the views make it well worth the climb.

These granite mountains are the highest in Northern Ireland and were the inspiration for CS Lewis’ The Chronicles of Narnia. 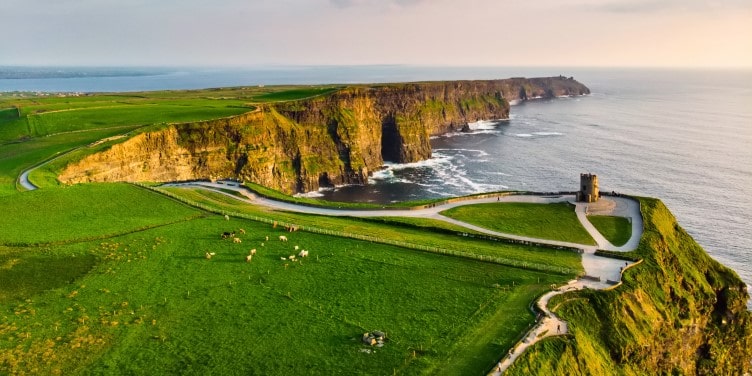 Another one of Ireland’s many famous sights, and for good reason. The vast Cliffs of Moher stretch for 5 miles along the Wild Atlantic Way, and offer jaw-dropping views down into, and across the Atlantic.

Arrive in the late afternoon when crowds begin to dwindle and you’ll be rewarded with a breathtaking sunset. 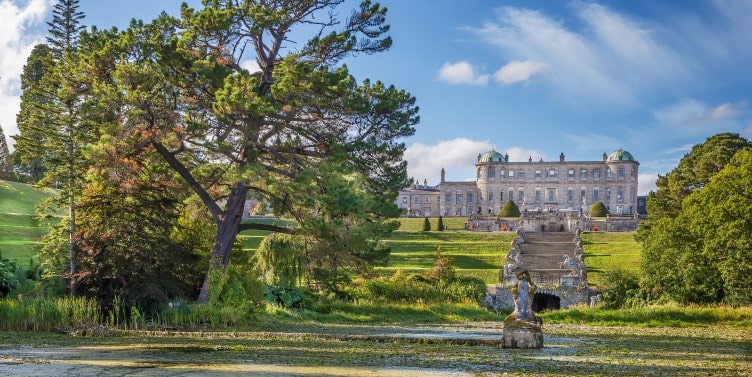 Recently voted third in the National Geographic’s list of most beautiful gardens in the world, this is not to be missed. The estate boasts 47 acres of themed gardens to explore all against the backdrop of the wonderfully named Sugarloaf Mountain. 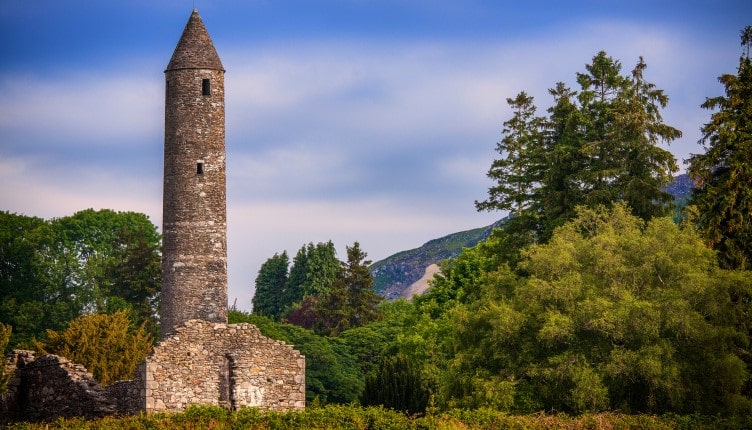 Hidden in a deep valley in the Wicklows Mountain National Park, you’ll find the 100ft round tower of Glendalough. Like something straight out of a fairytale, this ancient settlement was founded in the 6th century, and has become one of Ireland’s most loved beauty spots. 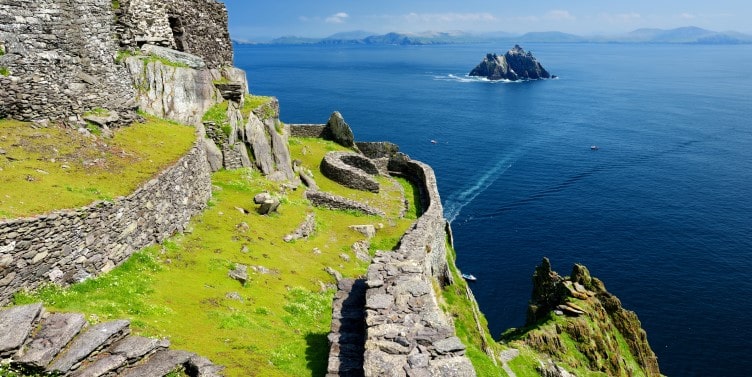 Found just 8 miles off the Dingle Peninsula, this small, rocky island is home to some of the earliest monastic settlements in Ireland. The unusual pyramid-shaped island found worldwide fame in 2014 as the location of Luke Skywalker’s island sanctuary on the planet Ahch-To. 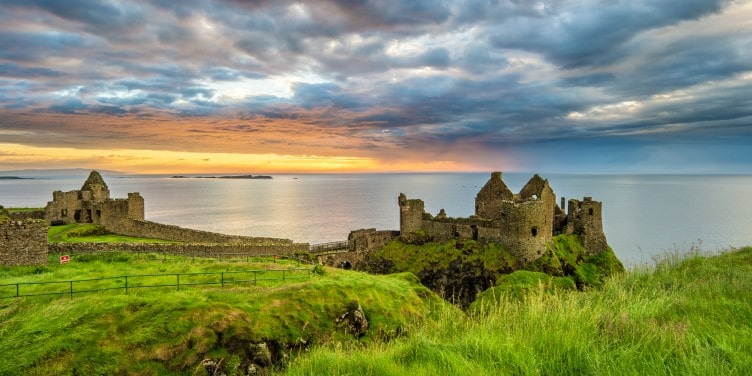 Picturesque and romantic, Dunlace is a medieval castle set on top of the cliffs overlooking the Atlantic Ocean. Yet another film location for Game of Thrones, the castle featured as the House of Greyjoy (with a bit of help from CGI). Surrounded by crashing waves on all sides, the only way to reach the castle is by crossing a bridge from the mainland.