Bunkers, birdies and bogeys – we can only be talking about one thing, yes that’s right, the great game of golf. Although it was invented in Scotland, this historic sport has spread around the world, putting down roots in some stunning destinations that boast dazzling cliff-top views, glacial lakes and emerald-swathed mountains.

But how do you even begin to pick the 10 best greens in the world? Well it’s somewhat of a subjective matter as one man’s favourite fairway could be below par for another man. But we hope that somewhere within this list is the course of your dreams – whether it’s a sun-soaked resort or a traditional course with bags of history.

So without further ado, here are 10 handpicked courses that are sure to elevate your game.

St Andrew’s Old Course unashamedly claims to be the most iconic course in the world. Founded in 1754, it’s also the world’s oldest course, making this resort the ‘home of golf’ as we know it. So with all this in mind we thought it would be rude not to include it in our top 10. And if you’re partner is not a golf aficionado, stay at the Old Course Hotel as there’s a spa on site so they can pamper themselves silly.

If the Scottish weather is enough to put you off your swing, then sun-soaked Valderrama is guaranteed to put a smile on your face. Located in sizzling southern Spain and a 20 minute drive from Gibraltar, it’s said to be the best course in Continental Europe having played host to the Ryder Cup and Volvo Masters tournaments.

This American course ranks highly in many publications’ top 10 lists. Many claim it’s the greatest course in the world due to its unrivalled coastal beauty, remarkable architecture and legendary golf history. What’s more, Jack Nicklaus once said if he had only one more game to play in his life, he’d play it here.

Just a 30 minute drive from Dublin, the K Club can be found in the postcard-perfect Irish countryside. Boasting two courses designed by professional golfer Arnold Palmer, the resort has hosted the Ryder Cup and 13 European Opens. The Palmer Ryder Cup Course and The Smurfit Course are considered by many to be two of Europe’s finest championship courses.

Meanwhile, across the Atlantic, the ‘Cradle of American Golf’ awaits you. This is America’s first golf resort and is a three-time winner of Travel + Leisure Golf Magazine’s ‘Best Golf Resort in America’ award – so they must be doing something right! You can tee-off at nine different courses – and course number 1 dates back to 1898, which is pretty old for America!

Located on the northern Black Sea of Bulgaria, this course only opened in 2011 and shortly after was awarded the European Gold Resort of the Year in 2014. Touted as one of the most dramatic on Earth, the entire course is routed along the cliffs, meaning you can see the sea from every one of its 18 holes. The course was designed by South African golfer Gary Player, who cheekily described it as “twice as good as Pebble Beach”.

This ultra-exclusive 72 par Caribbean course is carved from an old limestone quarry and is peppered with exposed rock faces that are juxtaposed against the lush, rolling greens of the fairways. The signature hole is the 16th, where a grassy island carved in the shape of a green monkey waits for you. You’ll also find a world class spa and some luxury accommodation that are so sumptuous you simply won’t want to leave.

Located on Tuscany’s southern coast, the Argentario Golf Club features 18 panoramic holes and has a microclimate that allows you to play at any time of year. Surrounded by a protected natural area, the course is a visual delight and offers views over the Mediterranean and surrounding lush landscapes. In addition, there’s a gold academy run by Italian professional golfer Emanuele Canonica, so you can work on your game.

The PGA Catalunya opened in 1999 and its Stadium Course is ranked the number one golf course in Spain by the Top100golfcourses website as well as Golf World magazine. Located near the picturesque town of Girona, the course is bordered by dense, mature forests, far-reaching views and ever present water – with some describing it as an architectural masterpiece of golf.

A veritable adventure among rocks, heathers, gorse and bunkers, the Fontainebleau Golf Course opened in 1909 and is one of the oldest in France. A traditional golf club, it has narrow fairways bordered by trees, 103 sand bunkers and a Norman-style clubhouse. The 72 par resort was also voted the best course in France in 2001 by Golf European magazine readers. In short, it’s a golfer’s heaven.
So do you agree with our top 10? Or do you know of any other golf resorts worth a mention? Let us know on our Facebook page – we’d love to hear from you!

The single most important factor when travelling anywhere is to buy an insurance policy. Take a look at our Golf Travel Insurance, talk to our travel insurance specialists on 0800 033 4902 or get a quote online.

All travel insurance provided by Staysure is subject to agreement from our underwriter. Terms and conditions apply, details of which can be found within the Policy Document. 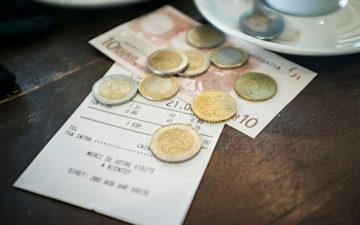 A Light-Hearted look at Customs and Etiquette around the World 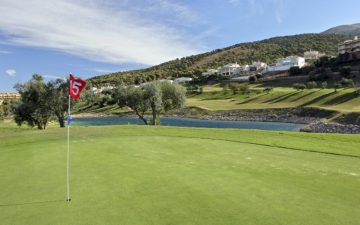 Have a swinging time on the Costa del Sol 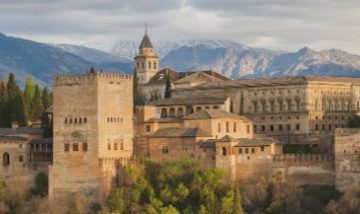 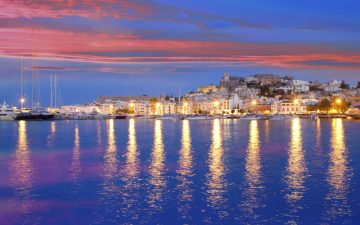