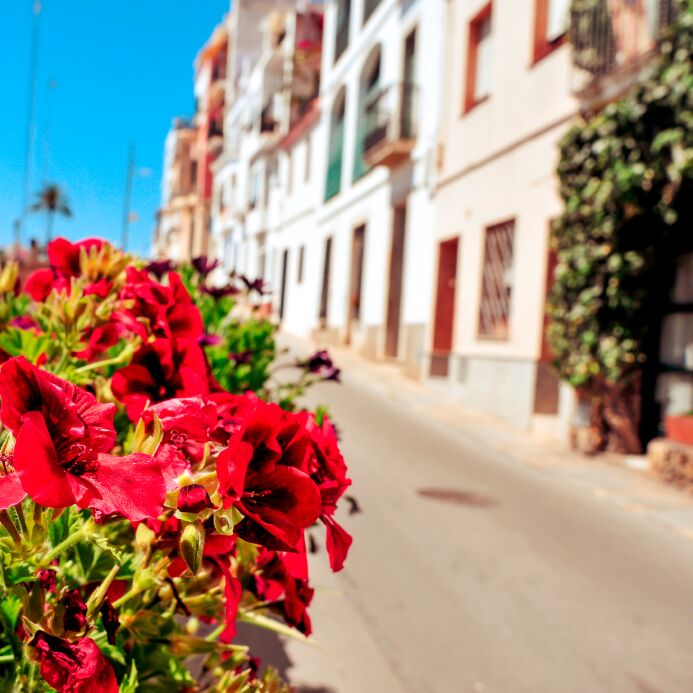 Taking a step off the beaten track in Spain and you’ll find some of the most stunning villages in Europe dotted about the country. These locations are sure to take your breath away.

With a population hovering around the 500 mark, this fortified hill-top town is a picturesque sanctuary for more relaxed travelling. A two hour drive north from Madrid, brings you to a main square that is arguably the most beautiful of its kind in the Castile-Leon region and Spain. The medieval town’s numerous bars and restaurants, renowned for their take on traditional local cuisine, buzz over the weekend, and the village also has some great attractions. The main plaza is dominated by the beautiful Church of San Juan Bautista, while a stroll to the edge of the town will bring you to a morbidly fascinating medieval dungeon in the prison de La Villa. Perched a little further up the hill is Pedraza Castle which houses the Zuloaga Art Museum, displaying works by the Spanish romantic painter, Goya, and the renaissance artist, El Greco. 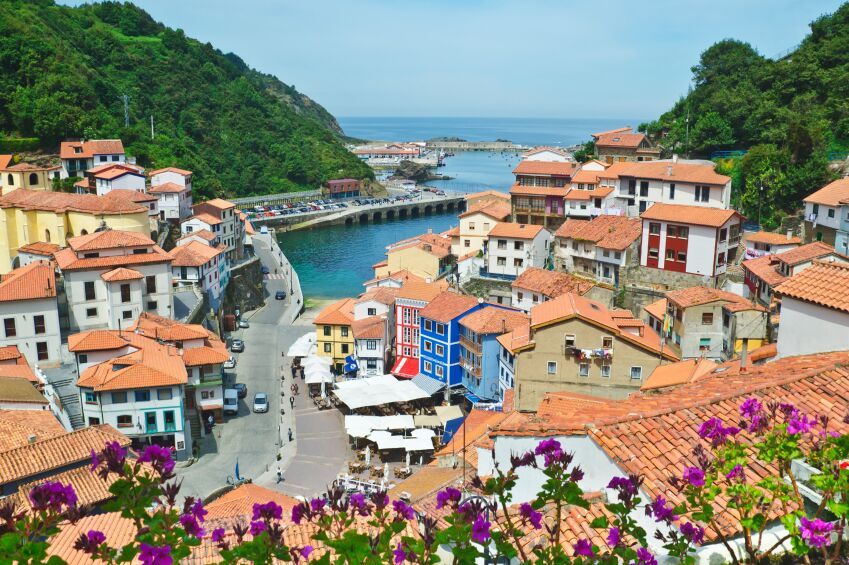 This stunning fishing village lies between the mountains and the sea and its cobbled streets and colourful pastel buildings mark it out as something special – rumour has it that the houses are painted to match the owners’ boats. Be sure to try some of the daily catch while you’re in town, as you’re unlikely to find fresher seafood. La Playa del Silencio (the beach of silence) is nearby and is an absolute gem as is the sandy Aguilar beach. For brilliant views of the harbour, hike up to the La Garita La Atalaya lookout.

For a more relaxed holiday in Mallorca Puerto Andratx is the ultimate destination. This is one of those unusual places where an idyllic fishing village also manages to be an upmarket resort town. The area hosts numerous festivals and events over the course of the year, and there is a weekly market in the inland town of Andratx. This resort arguably has some of the most charming hotels in Spain, though there are simpler accommodation options available too.

Casares is one of Spain’s iconic white villages. Whitewashed buildings seem to cling to the face of the hill, and you’re sure to love the charm of the village’s winding streets. If a hike into the surrounding mountains sounds like your kind of thing, we suggest that you make the journey to Casares castle, a 13th century Arab fortress which offers spectacular views. If you fancy something a little more laid back, head to the sulphur springs known as ‘La Hedionda’ which are rumoured to have cured Julius Caesar’s liver problems.

Toledo, known as the Imperial City for having been the seat of power for Charles I of Spain, is perhaps the country’s most historically rich town. Besides being the heart of Catholic Spain, it has been a Roman stronghold, the capital of the Visigothic Kingdom and an outpost of the Christian kingdoms fighting the Moors.

Despite all of this, Toledo remains a bit of a lesser-known diamond in the Castilla-La Mancha rough, home to a striking castle fortress, museums and stunning religious buildings. The jewels in the crown are arguably the Alcázar fortress, gothic Cathedral, Synagogue and the El Greco museum – a list that could easily be contended with.

The monumental Alcázar fortress, which was first raised in the 10th century, now houses a vast military museum with a comprehensive overview of the nation’s history. Similarly the Sinagoga del Tránsito houses an excellent museum with insights into the history of Jewish culture in Spain.

Toledo’s cathedral is one of the most lavish in Spain and houses a gallery of paintings including works from Caravaggio, Titian and Raphael to name a few.

For travellers with a penchant for literature the serene Consuegra is a must-visit and fans of Cervantes’s Don Quixote will be particularly enamoured with the town. Twelve molinos de viento (windmills), made famous by the 16th century novel, flank the town’s striking castle.

Consuegra’s main square is also well worth a visit and features a Renaissance-style town hall, and fascinating municipal archaeological museum which houses ceramics dating back to the Neolithic age.