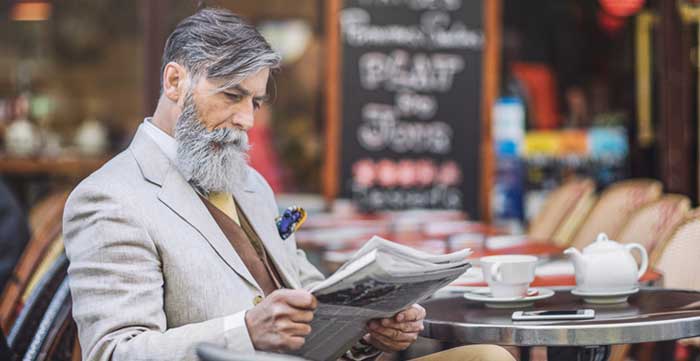 More than 100,000 British men die prematurely each year because they have neglected to take care of their health and wellbeing, according to the NHS. They’re also half as likely as women to book an appointment with their GP if they suspect that something might be up.

You may have noticed the mysterious increase in top lip facial hair during November each year – well, that’s the ‘Mo Bros’ doing their bit! The Movember movement has worked tirelessly since 2004 to encourage open discussion and awareness around mens’ health issues right across the globe.

Men are dying 6 years earlier than women on average and often for reasons that are largely preventable. In support of Movember, we’re highlighting the importance of men’s health and wellbeing by focusing on abdominal obesity, the male menopause and suicide.

Why beer bellies are no laughing matter

The truth is that for all the belly fat seen on the outside of a man’s abdomen, there is likely to be a fair bit of internal fat surrounding and affecting the important organs within.

Our bodies store excess unused calories as fat, keeping it there for a rainy day. However, in current modern times those days, where we would rely on and use up our fat stores, seldom come. In fact, we just keep adding to our fat stores, depositing fat within our organs, such as our livers, to the point that fatty liver disease is looking to be the main cause for liver failure and liver transplantation in the near future.

It may feel harder to lose weight over the age of 50 and you wouldn’t be entirely wrong in thinking so. Mens’ muscle mass reduces with age meaning that the calories consumed with every movement will not burn as quickly as they once did. Many recommend men over the age of 50 to aim for around 200 calories less per day than men in their 30s or consider increasing the amount of exercise per week in order to prevent weight gain.

When it comes to excess calories, alcohol is often a major culprit. Alcohol is packed with calories and it is easy to exceed a day’s recommended calories by drinking a couple of glasses of wine at the end of the day.

Genetics of course plays a role in how we store fat but the largest influence on abdominal fat is lifestyle and this includes what we eat, how much we eat and how often we exercise. This is great news because it means, with a few lifestyle changes, anyone is able to reduce the size of their beer belly and have improved health as a result.

We’ve all heard of the female menopause but the male menopause (also known as the andropause or testosterone deficiency syndrome) does exist.

Although the female menopause tends to come on very suddenly with a rapid decline in female sex hormones around the age of 50, for men the male hormone (testosterone) levels start to decline very gradually (1% per year) after the age of 30 and symptoms can over time become more noticeable.

Typical symptoms of the male menopause include:

It might be tempting to consider herbal remedies or wonder how to get you hands on some male hormone replacement therapy but actually things aren’t as straightforward. It is important to speak to a doctor because some of these symptoms can be explained by other underlying conditions, such as thyroid disease, depression or cardiovascular disease.

It may be an uncomfortable topic to discuss for some but erectile dysfunction can be an early sign of heart disease and it is important to see a doctor if you’re experiencing this.
The vessels in the penis that keep it erect when blood flows into them could be affected by a process called endothelial dysfunction. If it’s happening in the penis then it may also be happening in the vessels supplying the heart. This increases the risk of a heart attack or the vessels to the brain, increasing the risk of stroke.

The impact of stress

Increasingly we are realising the impact of stress on everything mentioned above, and more. Stress makes us pile on the pounds, increases the risk of heart disease, can cause anxiety, depression and more.

De-stressing in today’s modern fast-paced world can feel like a challenge but prioritising some regular time-out, whether it be a holiday, meditation or exercise, is an important step towards taking control of our health and wellbeing.

One person commits suicide every 2 hours in the UK, with middle-aged men being the most at risk. Many say there has never been a better time to seek, and be accepted for, help with mental wellbeing and this is true. But the first step of reaching out is always the hardest. For more information on how to get help and the signs and symptoms to look out for, have a look at www.mind.org.uk

Please note: The materials in this post are in no way intended to replace the professional medical care, advice, diagnosis or treatment of a doctor. The article does not have answers to all problems. Answers to specific problems may not apply to everyone. If you notice medical symptoms or have questions about the topics raised in this article, please consult your doctor.