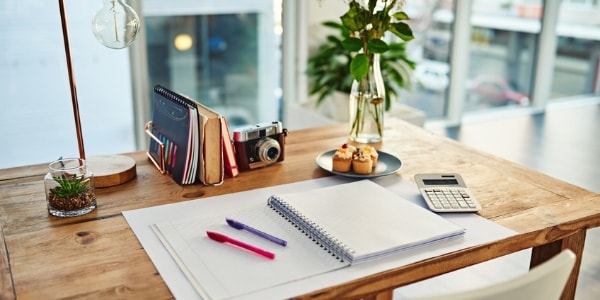 I set myself the task of getting rid of all kinds of clutter before the end of last year. I have no idea why I had two broken vacuum cleaners sitting in a corner of my kitchen, or a TV that would now be more at home in a museum hidden behind an armchair in a corner of my sitting room. There were the boxes filled with stuff that I obviously thought was worth saving, or “might come in useful sometime” that simply needed to be thrown out. I’m not a hoarder, but I do seem to accumulate things and then turn a blind eye to them until finally it really is time for a visit to the rubbish tip.

But, decluttering and aiming for a more minimalist lifestyle is not always that easy, especially when you’ve been around for over 50 years and have therefore had so much time to collect ‘things’. So, I’ve looked at some of the tips from The Minimalists – Joshua Fields Millburn and Ryan Nicodemus, who have been helping people to “live meaningful lives with less.” They’ve got a following of around 20 million, so they must know their stuff. According to them, “Minimalism is the thing that gets us past the things so we can make room for life’s important things – which actually aren’t things at all.”

From this perspective, minimalist living is about giving yourself more freedom. It is about deciding what is important and letting all the rest go. However, as Judy Heminsley at High50 remarked: “That’s easy enough when you’re young and starting out, but less so after 50. Left with family detritus when children move out, and inheritance from elderly relatives, how do you decide what to get rid of, and what to keep, so your possessions don’t hold you in the past?”

The first step in deciding your approach to decluttering your life is to decide how you want to feel when the job is done and why you want to declutter. Sometimes an event can force us into it, such as relocating to another country or downsizing to a smaller property. For example, Ruth Badley, a journalist with a four-bedroom house and an attic, garage and extension filled with family belongings, took four months to clear it out before moving to live in another country. Her tip for managing such a Herculean task is to break it down into manageable parts and categories, such as give to friends or charity, or throw away.

The task will seem less daunting if you start with a small space; say one wardrobe. Then progress to the next space, rather than taking a more random approach. If you are clearing out a parent’s home, it might be an idea to put their possessions into a commercial storage unit until you decide what to keep.

You could also make money by selling your ‘clutter’ on sites like eBay, or taking them to a car boot sale. One professional declutterer suggests that our generation is more averse to getting rid of things, because we have more sentimental attachment to them, whilst younger generations quite ruthlessly sell whatever possession they can when they need money.

In essence it’s rather like clothes; if you haven’t used something recently then in all probability you’re never going to. I also look at decluttering this way; if you get rid of stuff you aren’t using, you will make space for new things that you actually need. I have at least made space for a new vacuum cleaner this year – that’s a good start!