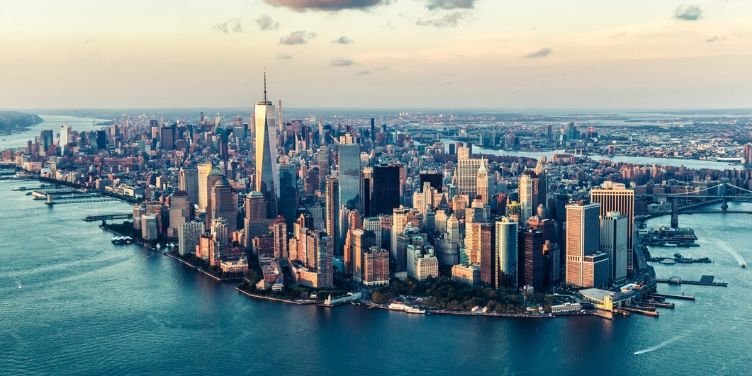 If you’re looking for a perfect city break, New York City has it all.

From the iconic Statue of Liberty to the oasis of Central Park, this cosmopolitan city is a fascinating and vibrant place to explore.

You can visit the Statue of Liberty on a boat tour from Battery Park. Get off at Liberty Island to see the colossal statue up close, and climb the 354 stairs to the crown (remember to book ahead – access is limited!)

The boat’s next stop is Ellis Island, where millions of immigrants arrived between 1892 and 1954. The fascinating Ellis Island National Museum of Immigration shows the story of how immigrants entered America.

The famous art deco skyscraper was the tallest building in the world when it opened in 1931.

Today, you can see for up to 80 miles from its observation decks on a clear day, and it’s well worth a visit. To avoid the crowds it’s best to arrive when the building opens in the morning.

3. The Metropolitan Museum of Art

The Met is vast – it’s the largest museum in the USA and it contains more than two million works of art. There’s no way to see everything in one visit, so it’s best to choose one aspect to explore. The museum is right next to 843-acre Central Park, so you can enjoy a wander through there on your way.

The National September 11 Memorial & Museum commemorates those who died in the terrorist attacks at the World Trade Center in 2001 and in 1998, and also remembers those who survived, in a very respectful way.

There are dozens of Broadway and off-Broadway Theaters in the city offering musicals and drama. You need to book months in advance for the top shows. For discounted tickets on the day of a performance, queue at the TKTS Booth on Broadway.

When travelling to New York, it’s important to make sure you have USA travel insurance. The US is one of the most expensive places to have a medical emergency, so if you don’t have the right cover, you could find yourself out of pocket.