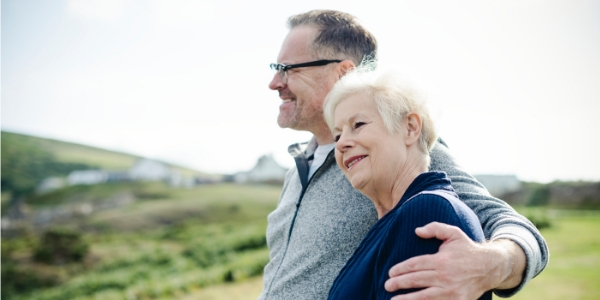 Loneliness is on the rise for people over 50.

Age UK released its report, All the Lonely People, recently and I was shocked by the figures.

Its research indicates that the number of over 50s suffering from loneliness will reach two million by 2025/26. When you compare it with the data for 2016-17 of 1.4 million people, this will be an increase of 49% in the next decade.

The charity warns that if loneliness is not addressed it will potentially become “a major public health problem,” and “a chronic condition seriously affecting people’s health and well-being.”

Age UK released a video to raise awareness of how they can help to be someone to turn to for those who have no one.

One of the primary causes of loneliness in the over 50s is the death of a spouse.

As well as the emotional turmoil and the journey through the different stages of grief, it leaves the person without that constant ‘somebody to talk to’.

Those who feel that they can’t talk to other people regularly, are more likely to experience the kind of loneliness that can cause further deterioration in mental and physical health.

Analysis of the data from the English Longitudinal Study of Ageing (ELSA) shows that older people are more than twice as likely to say they feel ‘often lonely’ if they have money issues, compared with those who don’t.

The BBC’s Loneliness Experiment in collaboration with the Wellcome Collection, surveyed 55,000 people, making it the world’s largest survey on the subject.

The BBC study showed that it was those in the 16-24 age group who feel ‘loneliness’ the most; it also pointed out that one third of all people, regardless of age, said they ‘often’ or ‘very often’ feel lonely.

The BBC also make the distinction between the enjoyment of being alone, and the feeling of loneliness.

I’m one of those people who needs a lot of ‘alone’ time in order to feel content, and it seems that four-fifths of the BBC study respondents also think the same way.

Being on your own isn’t necessarily a component of loneliness by itself; there are a lot of factors built on to that. For example, people who live alone are only slightly more likely to feel lonely more often, and only a third of people in the study thought that loneliness was a direct result of living alone.

It is continuously being alone that is the problem. When it comes to older people, they are more likely to conceal the fact they feel lonely than those of the younger generation.

What’s being done about loneliness?

Age UK is calling for a cross-party approach to a national loneliness strategy. This could include developing initiatives which provide the opportunity for personalised 1:1 support, as well as providing community connectors, social prescribing and care navigators. It also wants the government to apply a “loneliness test” to social policy proposals.

Caroline Abrahams, Age UK’s director said, “This is why the Government’s forthcoming Loneliness Strategy is so timely and important. The Government cannot ‘solve loneliness’ on its own, but it can ensure the foundations are in place so all of us can play our part, as neighbours, relatives, friends, employers and volunteers.”

What you can do to help

These results bring me to what you can do to help.

As a neighbour, a friend and a member of your local community, especially as we approach Christmas, a time of year when those who are already lonely may feel it even more so.

Some while back I wrote about the Community Christmas initiative. This organisation’s goal is to ensure that no elderly person is alone on Christmas Day unless they want to be. Its website supplies full details of how you can get involved: you could make the Christmas wish come true for the 87% of older people who want a traditional Christmas Day spent in company. It’s a seasonal gift that could turn into a much-valued friendship throughout the year, and a game-changer for a lonely person.

Where to turn to if you feel lonely:

If you feel lonely and are looking for advice and support, Age UK can help.

From weekly friendship calls to groups you can join, they can help you take the first steps in tackling your loneliness.

See their site ‘How to Overcome Loneliness’ for more information.