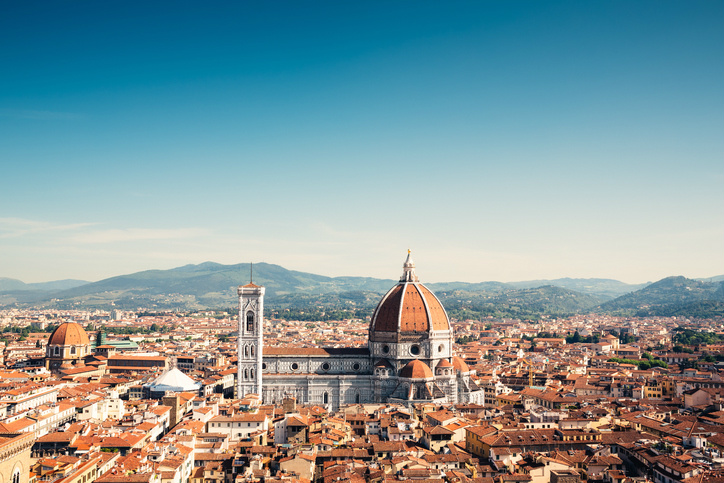 If you plan it right, you can get a lot out of a city break in Italy. Several direct flights link the UK with Italian cities, making it easy to immerse yourself in the wonders of Latin life, even for just a weekend.

To help you plan your trip, here are ten of Italy’s top city break destinations:

Art lovers flock to Florence to enjoy its incredibly beautiful Renaissance architecture and masterpieces.  Expect outstanding museums showcasing world-famous paintings and sculptures including Michelangelo’s David, Giotto’s frescoes, and canvases by Botticelli, Leonardo da Vinci and other great artists … there’s so much art and architecture to take in that you will be spoilt for choice.

Before you go, music lovers might want to check the programme of the Teatro del Maggio Musicale, Florence’s prestigious classical opera venue. The Palazzo Strozzi theatrical arts centre also puts on top-notch shows which could be highlights of your trip.

Don’t miss a wander through the Medici palaces and gardens, and a quick excursion to the nearby vineyards of Chianti. 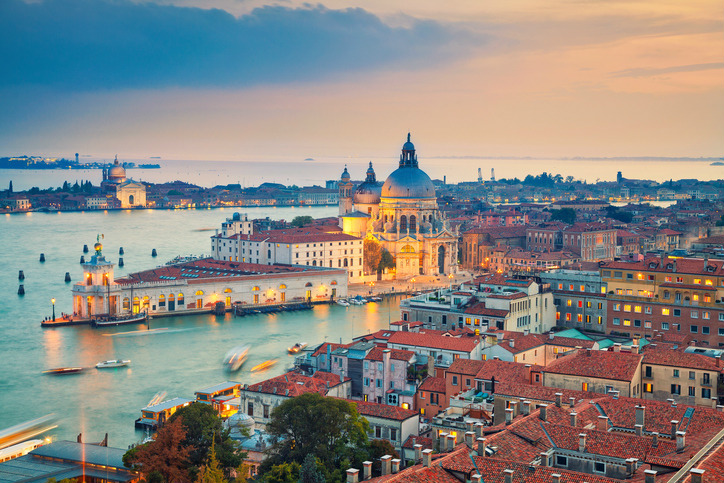 Perched atop a lagoon, Venice is one of Italy’s most loved and stunning cities. Needless to say, it’s popular with the tourists. Must-see landmarks are: Piazza San Marco in the heart of the city and its impressive Saint Mark’s Basilica; the Rialto Bridge and Palazzo Ducale. Venice’s plentiful museums, palaces and churches keep culture vultures entertained while wandering along the canal sides or gliding along in a vaporetto (water taxi) is idyllic.

Aside from historic museums and churches, you’ll find traffic-free streets, lively squares and an entertaining contemporary art scene. Go in spring to don your costume and mask and be part of one of the most amazing festivals in Italy: The famous Venice Carnival takes place 40 days before Easter.

Airport: Venice Marco Polo Airport is 9 miles from the city. 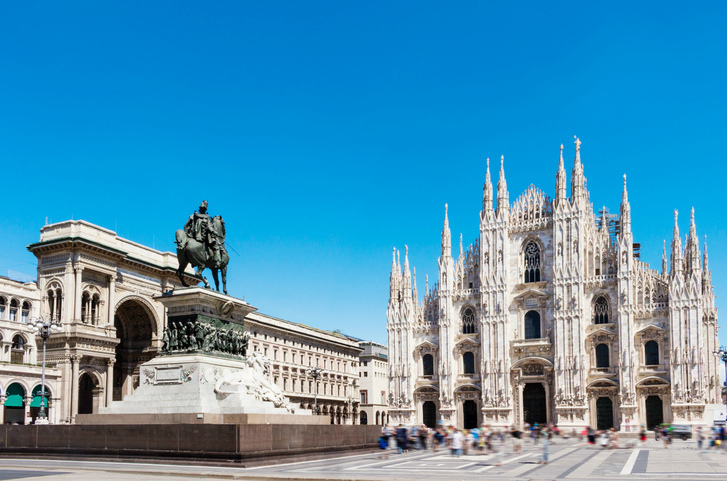 Famed for superb shopping, fabulous eating and cultural heritage, Milan has so much to offer. It’s also one of the most ancient cities in Europe boasting more than 26 centuries of history.

The city heads the national Stock Exchange and is Italy’s most extensive urban area and a major industrial powerhouse. Milan is also Italy’s central transport hub: it has the largest international airport in Italy, the greatest concentration of rail connections and one of the finest subway systems in the country making it very easy to get around. 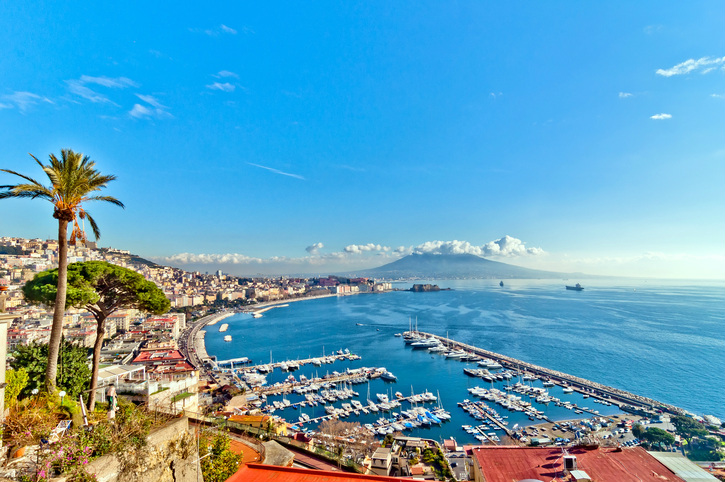 Few regions of Italy are as varied as Naples with its azure Amalfi Coast and sun-kissed islands of Capri which draw visitors to the Campania region of Southern Italy.

The beauty of Naples, one of Italy’s largest cities, is the way it manages to retain its original character and style within a well maintained UNESCO World Heritage-listed historic centre. And the city’s museums boast some of the finest art and archaeology in Europe. It is interesting to witness the graffiti and tattered walls in certain parts of the city contrasted with fabulous frescoes and sculptures – all part of the bustling Neapolitan street life.

Airport: Naples Airport Capodichino is just 4 miles from the city.

Modern Rome buzzes with activity. Expect excellent dining experiences and nightlife, as well as iconic sights like Saint Peter’s Square and the Vatican City. Most people visit Rome in spring and autumn to avoid the summer heat. If you do venture to Rome in July or August, you might like to do as the Romans do: get up early, seek refuge from the afternoon heat after lunch, before resuming your sight-seeing in the early evening. 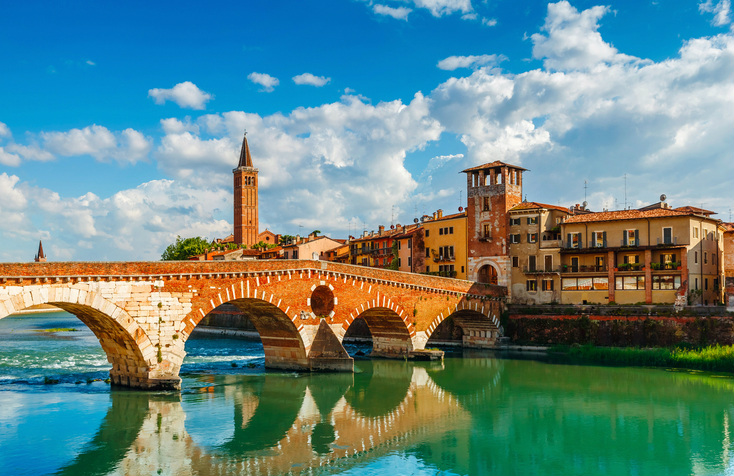 The fourth most visited city in Italy is home to the magnificent Opera Festival and the house and balcony so famous in Shakespeare’s Romeo and Juliet. But there’s far more to Verona.

Among the attractions are: Verona Arena’s stunning Roman amphitheatre; the castle complex; and the magnificent cathedral. There’s also a colourful street market at Piazza delle Erbe, the most ancient square in Verona, where you can also marvel at the Madonna Verona fountain dating back to 1368 and other elegant historical monuments – have your camera ready.

Eating out in romantic Verona is a treat. Rice and polenta are favourite ingredients while paparele (home-made pasta with peas and beans); peperita (beef with a peppered cheese sauce); and pastisada de caval (horse stew) are listed on many a restaurant menu. Verona is famed for its DOC wines – try the popular Bardolino or the Valpolicella. 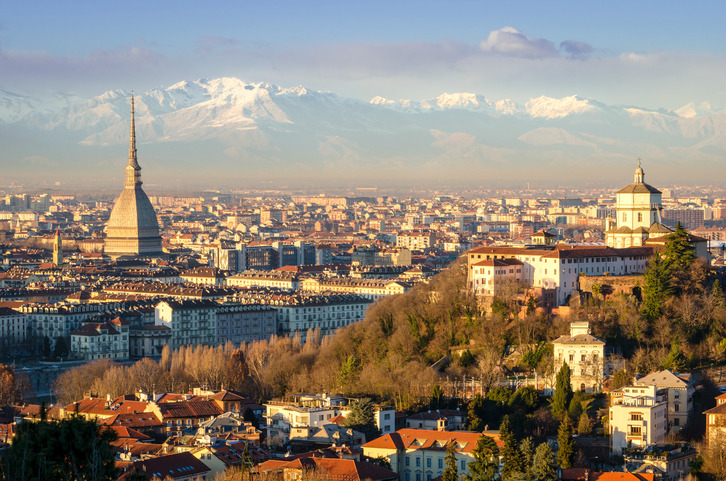 One of northern Italy’s major industrial and cultural centres, Turin is an unexpectedly elegant city, which is said to echo the mood of Vienna or Paris. Smart shops, cobble-stoned streets, shady arcades and art nouveau cafés are common sights, as are artisan workshops and eye-catching Baroque architecture.

Religious visitors flock here to see the cathedral and to get the rare opportunity to see the Shroud of Turin, believed by some Catholics to be the cloth used to wrap Jesus’ crucified body.

Chocolate is part of the fabric of the city, nearby Piedmont being where it’s believed chocolate was invented. Turin’s streets are lined with beautiful chocolate shops and the city hosts an annual chocolate festival (Cioccolatò) when the main piazzas and streets are packed with stalls selling artisan chocolates along with traditional, luxury brands – don’t miss this if you call yourself a true chocoholic!

Airport: Turin-Caselle Airport lies about 9 miles north of the city. 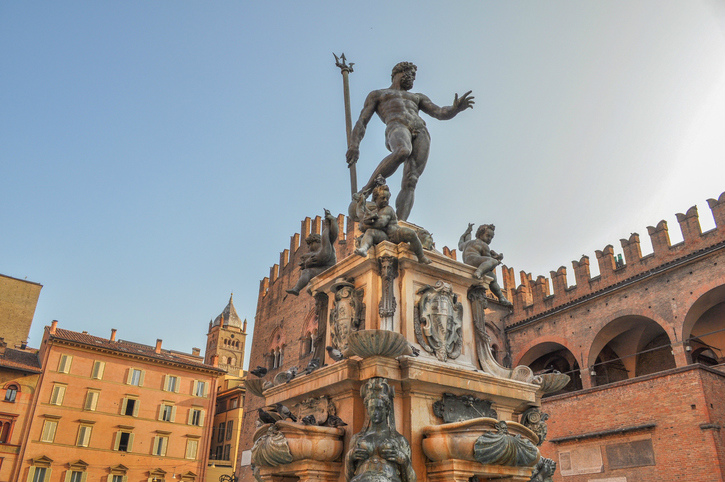 City breaks in Bologna are often hugely authentic experiences. Join the Bolognesi of all ages enjoying the simple pleasures of life: sipping and sampling a glass of wine and affettati misti (mixed cured meats) at aperitivo time while engaging in lively conversation.

Medieval beauty, art and cuisine are trademarks of beautiful Bologna. Its iconic, stunning red stone arcades and porches make the city a great place to explore on foot, whatever the weather.

Bologna is not only historic and rich in culture, it is modern and high-tech too. Eat like an Italian king in the city’s fine restaurants and mingle with the locals and students that fill the piazzas, giving a general air of shabby chic and fashion. 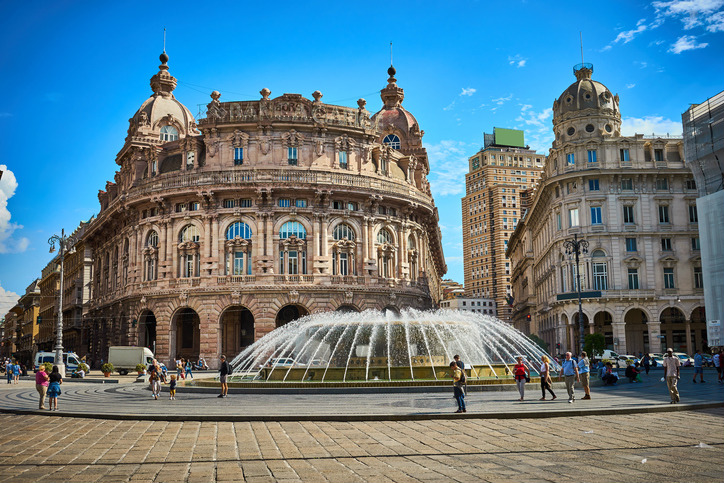 Genoa, on the northwest coast of Italy, is the nation’s main sea port. It comes with an intriguing cultural and sea-faring history, partly thanks to its fame as the birthplace of Italian explorer, Christopher Columbus.

Expo 1992 and the 2004 European City of Culture have put Genoa into the public eye, while the city has also undergone some radical renovations to make it the fascinating place it is today. Make sure you drop in on the Maritime Museum and Genoa’s aquarium – one of Europe’s largest – set within its interesting harbour area.

Explore the historic centre’s narrow lanes (caruggi) which make up one of the largest medieval quarters in Europe. These lanes are mostly residential although you’ll be able to stop off at a sprinkling of bars, cafés and shops to rest your feet and take in the atmosphere along the way. 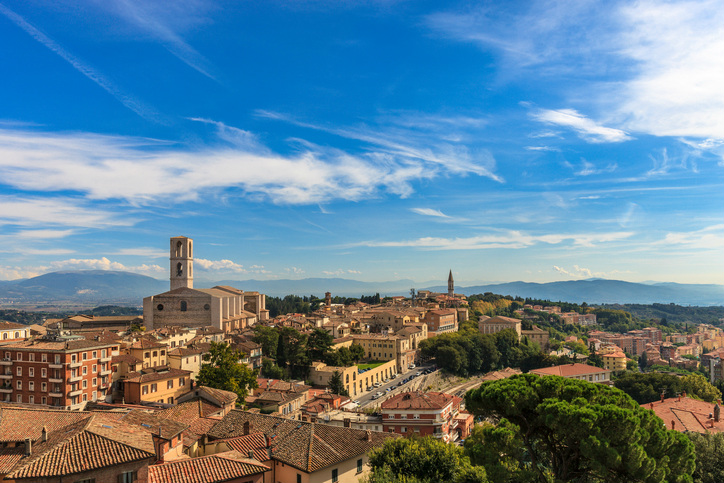 A likeable, cosmopolitan city and home to two universities, Perugia is an elegant, affluent destination and visitors can expect trendy boutiques, refined cafés, and an abundance of grandiose architecture. With history dating from the ninth century BC, Perugia’s rich past is reflected in its cobbled alleyways which lead you through the old city, effortlessly taking you back to former times.

Modern Perugia is a party-loving place with university students filling the café terraces and setting nightlife abuzz. Perugia hosts a world-famous jazz festival, Umbria Jazz, which draws in enthusiasts every July. Another great attraction is October’s annual international chocolate festival, Eurochocolate – irresistible for anyone with a sweet tooth.

Airport: The International Airport of Umbria is approximately 10 miles from the city.

If you haven’t settled on Italy yet, why not check out some of our other guides? We’ve also covered city breaks in Spain and France.