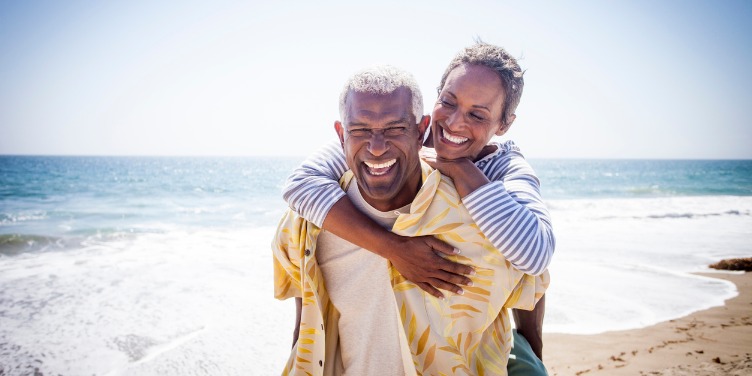 Escape, sunshine, adventure, indulgence: whichever is your main motivation for travel, anticipation is an essential component of any holiday.

Yet anyone imagining the summer ahead may find it hard to conjure up the usual seductive images of blissful beaches, gorgeous countryside or vibrant cities. For the past year, the spectre of coronavirus has haunted our lives. While the amazing NHS vaccine roll-out has already had a spectacular effect in cutting hospitalisations and, crucially, deaths, leading politicians are lining up to warn against booking overseas holidays for 2022. Even one of the Covid heroes, Jonathan Van-Tam, warned at the start of March: “Whether we can go on holiday abroad to places such as Europe depends upon what other countries will say … there has to be great uncertainty at the moment.”

I agree with JVT that nothing is certain, but I think it is perfectly reasonable to book a summer holiday right now – so long as you book a proper package holiday through a reputable firm, and of course take out travel insurance at the same time.

Let me unravel for you how I see the summer ahead.

What are the rules right now?

They have never been tougher. Travel within the UK and internationally for leisure purposes is illegal at present under the rules of lockdown. Starting 8 March, outbound passengers will need to complete a “Declaration to Travel,” explaining why their journey is essential and therefore exempt from the no-go ruling.

Many countries either ban leisure visits from British holidaymakers or impose stringent testing or quarantine rules.

Returning to the UK, everyone must take a Covid test in the three days before travel, book two further tests for after their arrival, and undergo 10 days of self-isolation – possibly in a quarantine hotel.

While around 10,000 people per day are entering the UK and enduring these stipulations, the vast majority are travelling for important family or professional reasons. Holidays have effectively ceased.

Any hope of some sunshine?

The government in London says international leisure travel may be possible, but no earlier than 17 May. I expect the other UK nations – Wales, Scotland and Northern Ireland – to adhere very closely to this plan, not least because otherwise experience shows there will be lots of cross-border travel to England as a fast-track to the Mediterranean.

The government says it will reveal more on 12 April. For holidays to become a reality, the regime for returning travellers must ease significantly. Most of us would find quarantine, whether in a hotel or at home, unbearably burdensome in return for a week in a blissful corner of some foreign beach. Spending £300 more on tests before and after travel is also incompatible for a holiday.

Restrictions are easy to impose and slow to remove, so don’t expect an immediate blossoming of opportunities. The plan will be to remove quarantine and ease testing from popular countries that are doing well in driving down coronavirus levels.

Which countries look the most likely to be the first to reopen to British travellers?

My tips for the first wave of relaxation comprise the eastern Mediterranean trio of Croatia, Cyprus and Greece. Even without the benefits of the UK’s vaccine programme, they have been driving down infection levels effectively, so the government here may well be persuaded to remove quarantine and require just a single quick test at the airport before departure back to the UK.

It takes two sides for an international holiday to happen, of course, but having carefully followed travel fortunes in 2020 I know that all three nations are likely to open up to visitors from a well-vaccinated nation – as the UK will certainly be.

Don’t fret about it. While Ursula von der Leyen, president of the European Commission, has promised a “Digital Green Pass” to record travellers’ vaccine, test or Covid recovery status, I predict the same anarchic and analogue situation as last summer. While most summer sun destinations are partners in the EU, they are also ferocious competitors for British holidaymakers. If country A thinks it can steal a march on nation B it won’t hesitate to open its frontiers.

Sure, proof of having had both jabs will put some people at an advantage – but only to save them, perhaps, the trouble and expense of having a test before departure or on arrival.

Testing was a pain for many last summer. Will it be the same again?

Tens of thousands of British holidaymakers spent a small fortune on getting tested in advance for destinations such as Cyprus and, later, the Canary Islands. It was a logistical nightmare – finding suitable testing centres that would meet complex requirements – and cost families hundreds of pounds for which they hadn’t budgeted.

I confidently predict that testing will be a lot smoother, easier and cheaper in the summer of 2021 – and will effectively be blended in with the rest of the airport experience. Instead of the slow, uncomfortable and expensive PCR test a day or two before departure, the usual requirement will be for a fast and cheap saliva-based test probably slotted in between parking the car and checking in the baggage.

The UK, too, will be more relaxed now that the most vulnerable in society have been protected, and will allow airport-based tests at locations overseas just before flying home.

Having to factor in an extra hour to the already tedious airport experience, and pay perhaps £30 or £40 for a test, will be an annoyance rather than a barrier to travel.

For British holidaymakers, France and Spain are by far the biggest draws – but they may not be back on the departure boards in early summer. France is battling against very high levels of new infections and has shown little hesitation in putting up barriers to travel, while Spain’s prime minister has said he wants many adults to be vaccinated before international visitors are invited back. But it may be that the Balearic and Canary Islands are opened up before the mainland.

Italy and Portugal are rather different. Even though Italy currently has high infection rates, it showed last summer a profound appetite for tourists. I reckon it will rely on the outdoor lifestyle of summer to reopen rapidly.

Portugal still suffers the ignominy of being the only European country on the UK’s “red list,” which applies special sanctions on arrivals from nations believed to harbour so-called “variants of concern”. But with overall numbers falling fast, I expect a rapid reversal – and believe we could be back on the Algarve as early as May.

Malta and Gibraltar will be early adopters of British holidaymakers, but Turkey will need to persuade the UK government it has reliable case figures before the rules are relaxed. North Africa remains out of bounds, even though the continent as a whole has had low rates of coronavirus.

I predict this will continue, with British officials in no particular hurry to reopen leisure travel beyond Europe.

British travellers have been banned from the US for a year. I expect that to change from early summer – but to allow essential family travel rather than mass tourism, ie with stringent testing and quarantine regulations.

The UAE will be back in business in the summer, but personally I wouldn’t dream of Dubai before October when the unbearable heat abates.

Asian destinations will be slow to reopen to Europeans, with countries such as Singapore, Thailand and Vietnam unwilling to risk their remarkable success in keeping Covid-19 under control.

Down under? Thousands of England cricket fans are waiting to see if the Ashes test series will take place in Australia in the southern summer at the end of 2021 and the start of 2022. While neither Australia nor New Zealand is in any rush to welcome back visitors from higher-risk nations (practically everywhere on the planet), the magic wrought by the vaccine may allow a restart whether you seek international cricket, surfing or simply unbeatable winter sun. 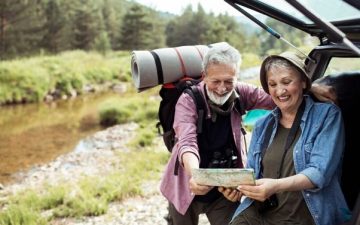 Plan Ahead For Your Next Active Holiday from Home 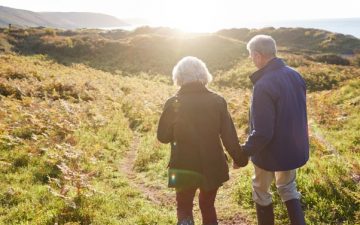 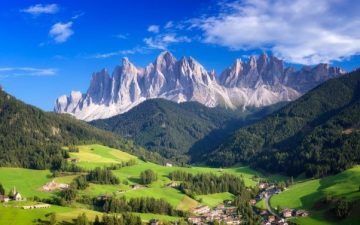